The Archimedes A400 Series were the "professional" version of the Archimedes. Unfortunately there were a number of problems with the design and only the A440 (I think) was actually produced. It was soon replaced by the A400/1 range.

The following models were produced [as far as I know]:

I have heard that the A440 was much more popular than expected so all A400 production was for the more profitable A440 rather than the A410.

The Archimedes 440 was launched in June 1987 with availability in November 1987. It was the top of the Archimedes range. It was similar to the A300 series, although it had a different motherboard with a built in ST506/MFM controller and came with a 20MB hard disc. Unlike the A300 the A440 was not a BBC Microcomputer and so its keyboard did not have red function keys or the BBC logo. 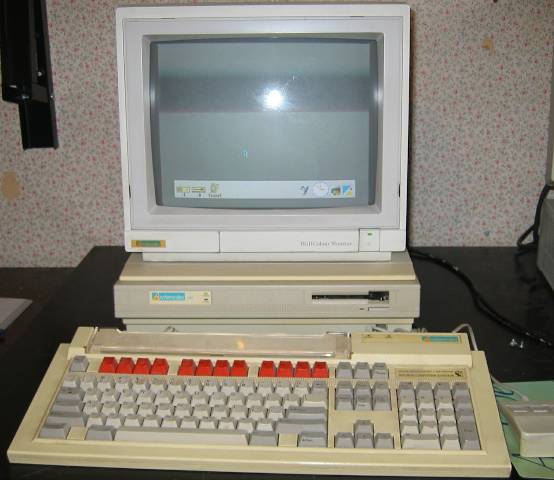 This is not the original Operating System, the A440 was shipped with Arthur 1.2. The keyboard is from an A310, the A440 keyboard did not have red function keys or the BBC logo above the numeric key pad.

A440 rear view. At the top of the picture you can see the floppy disc (left) and hard disc (centre) and the speaker and PSU (right). In the middle you can see the 4 slot backplane. At the bottom are the connectors; in the middle of the backplate is the AKA10 I/O podule, with user port, 1MHz bus and analogue port. 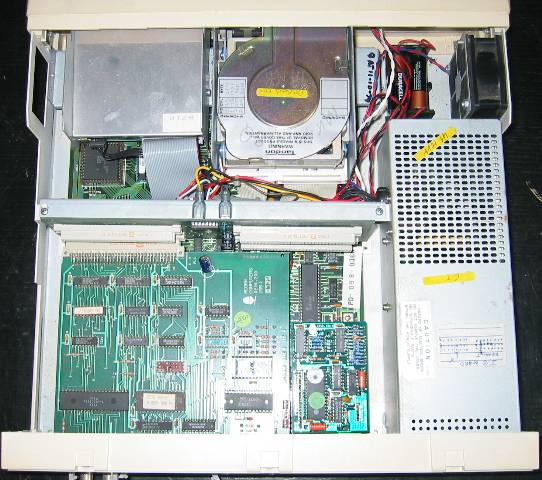 A440 with the top off. The Acorn AKA10 I/O podule is at the bottom left. The Econet Module to the right (interestingly the "Econet not fitted" sticker has not been removed from the backplate, (see previous picture). There is a clear view of the fan and battery pack for the CMOS RAM in the top right. 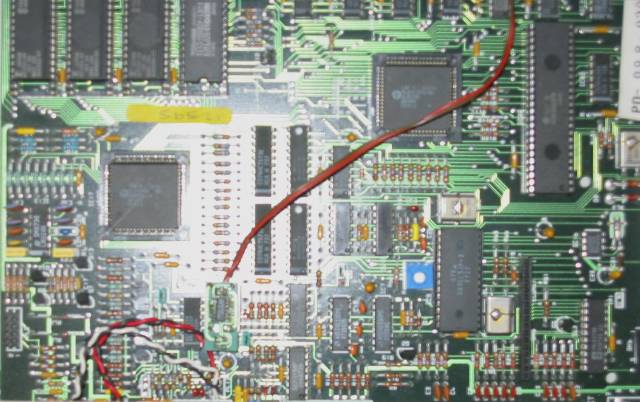 A440 with the I/O podule removed

A440 with the I/O podule removed. The VIDC Enhancer is just visible at the bottom left with the red/black wire running down from the top of the picture. I am not sure who made it, but the circuit board is too small for a manufacture's name. 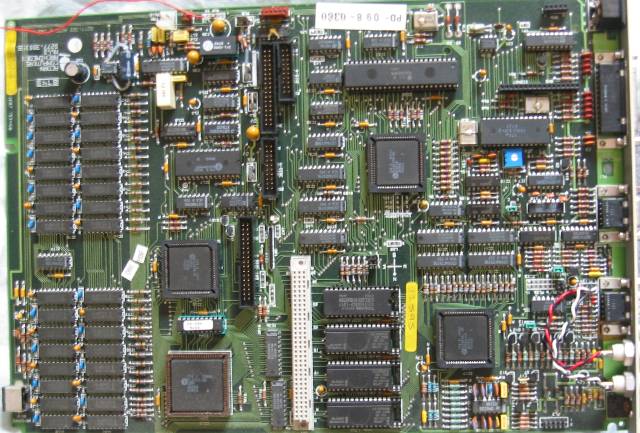 The A440 motherboard has been photographed sideways with the front of the A440 is to the left and the back to the right. On the left edge, at the bottom, is the keyboard and mouse connector. Behind it, is the 4MB RAM. Between the RAM and the backplane connector is the ARM2 CPU (bottom) with the MEMC1 above it. Above the MEMC1 is the ST506 hard disc interface with the disc connectors. To the right of the backplane connector at the bottom are the 4 RISC OS2 ROMs. The various interface connectors are on the right.