The A7000 was launched in July 1995 as the "baby brother" of the Risc PC. It used the ARM7500 which, like the ARM250 before it, combined the ARM7 CPU, VIDC20 and IOMD in a single chip. To make the A7000 easier to manufacture and hence cheaper, most of the expansion capabities of the RiscPC have been removed:

At last Acorn adopted the PS/2 mouse in the A7000. which meant that PC standard P/S2 mice and keyboards could be used.

There are a number of different models of the A7000 with different memory, hard discs, NIC and CDROM. There is also a special Early Years version with bundled software. The A7000 runs RISC OS 3.60.

Some of the models are: 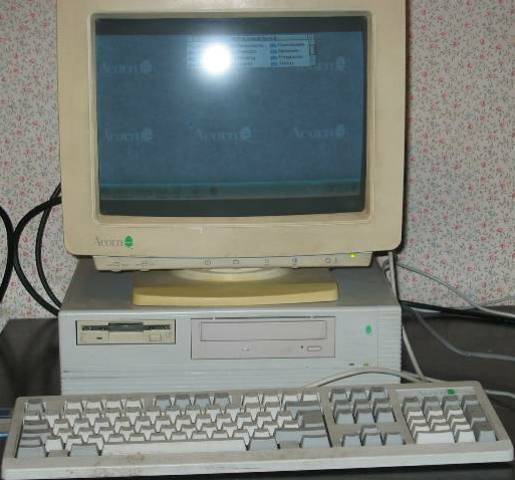 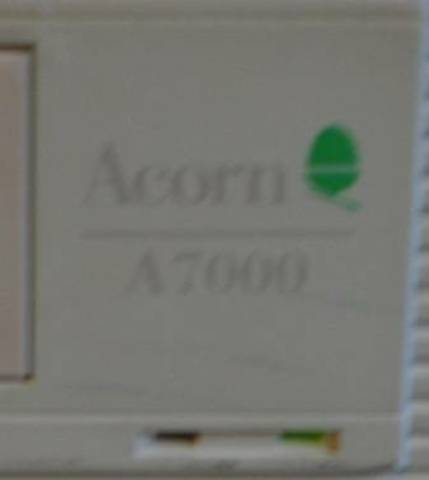 This shows the blank plate for the podule expansion and serial number in the middle. Along the bottom are the interface ports: reset button, audio out, video out, keyboard, mouse, Ethernet, parallel and serial ports. 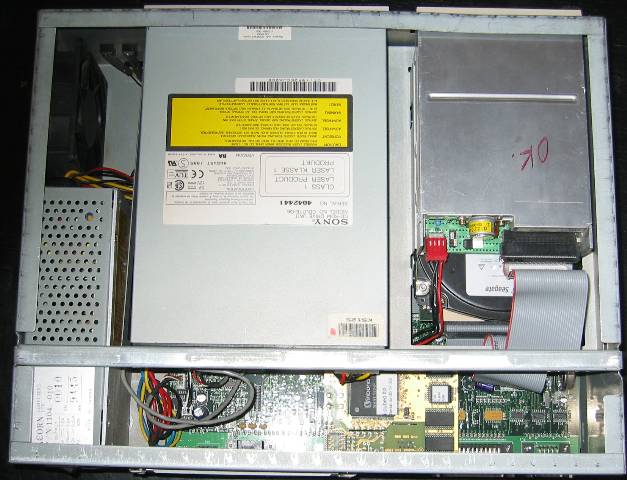 This shows the CDROM and floppy disc drive. The network card is just visible at the bottom in the middle. The power supply is bottom left. There is no space for further expansion with a CDROM installed! 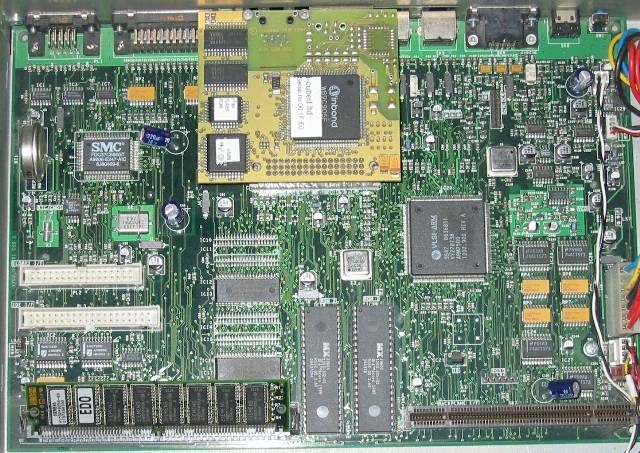 A7000 motherboard with i-cubed Network Interface in the network socket. 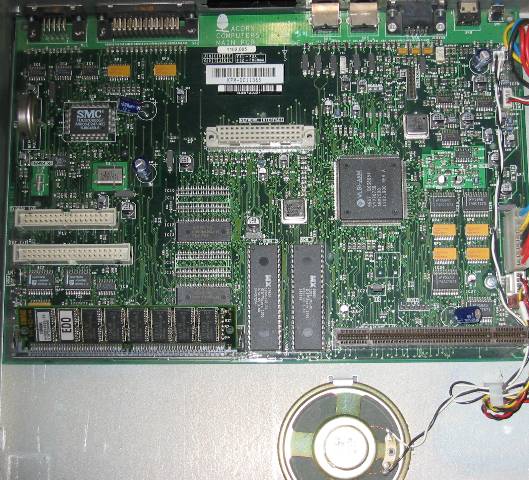 A7000 motherboard and speaker in the bottom of the case. At the bottom left is the 16MB EDO SIMM, in the bottom middle are the 2 RISC OS 3.60 ROMs and on the bottom right is the backplane slot. You cannot use a backplae if you have a CDROM drive installed as there is not enough space. In the middle left there are the IDE and floppy drive connectors with the battery for the CMOS ROM above them. In the middle of the board is the Network slot socket and to its lower right the ARM7500 CPU. The power supply connectors are on the right hand edge. Along the top are the connectors.