Peter Howkins emailed me in March 2010 to tell me that Chris's Acorns was missing the Acorn "Gideon". "Gideon" was the internal Acorn project name. There is virtually no detail about it available on the web. The "Gideon" appeared on Acorn's stand at the 1997 Wakefield RISC OS show and was never seen again (unless you know better).

I don't have an Acorn "Gideon", indeed I doubt if it was ever completed, yet alone one exists today. 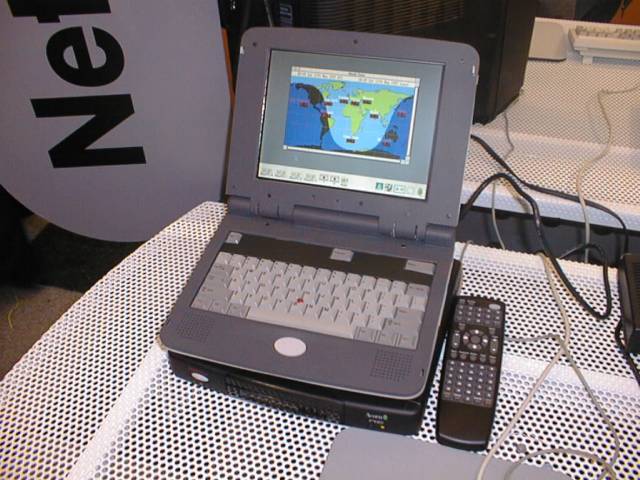 Picture from Risc User in a Nutshell CD

Peter Howkins describes it as:

"The prototype of the new Acorn portable was covered by a Do Not Touch sign for most of the show. Acorn User received an exclusive preview and we can reveal that the keyboard included a revolutionary replacement for the mouse - nicknamed the pencil eraser by Acon staff - a tiny gadget located in the centre of the keyboard which gives finger-tip control of the mouse pointer. The full colour screen was excellent quality."