The Acorn Atom Disc pack is a stand-alone upgrade that connects directly to the 64-way Acorn Axpansion bus.

This is an expanded Atom with the Atom Disc pack. The expansion is an Acorn Atom with a Micro Electronic Systems Acorn Ram/ROM Kaart, fully expanded text and graphics memory. The Atom Disc Pack contains an Olivetti OPE FD501 5.25" single sided 92K floppy disc drive, power supply (which replaces the Atom power supply) and the Acorn floppy disc controller card  with an Intel 8271 controller. and an ATOM DOS ROM. 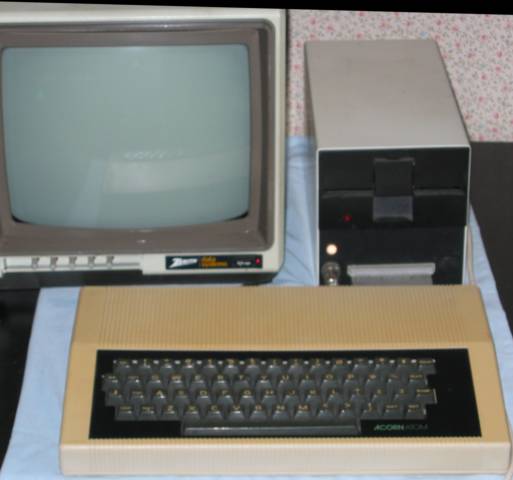 Here is the Atom Disc Pack connected to an Atom which is connected to a monitor. If the picture was a bit clearer you could see the Acorn Atom prompt on the screen. 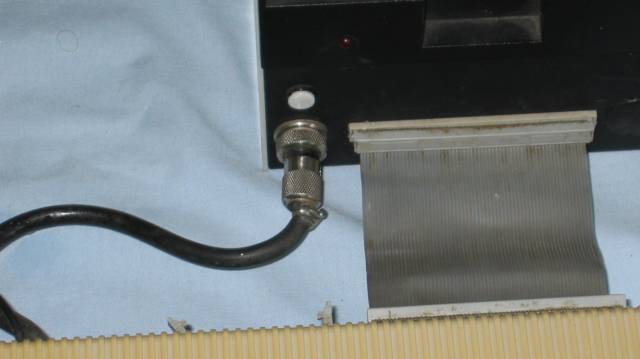 The Atom takes its power from the Disc Pack via the black cable on the left. The white spot above the power cable is the power on light. The ribbon cable connects the Atom Expansion Bus to the Disc Pack. 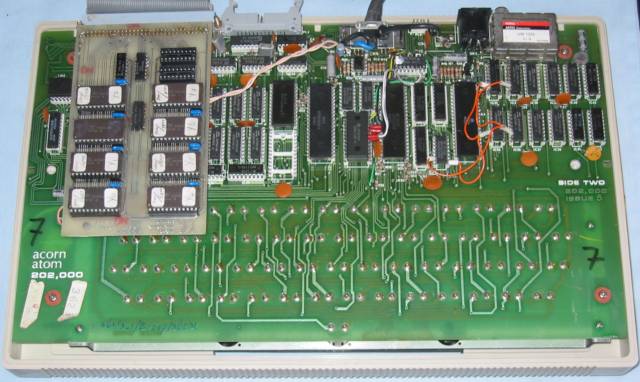 Acorn Atom with case off 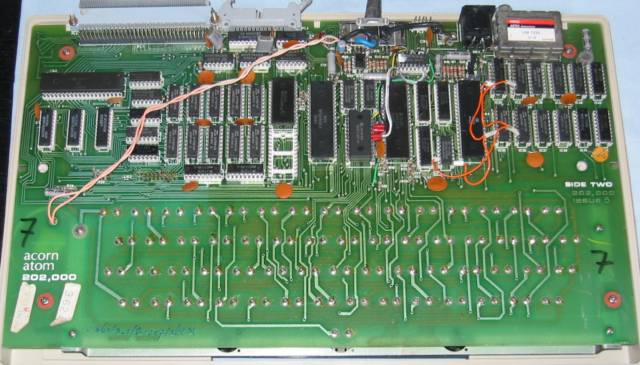 The Acorn motherboard, with the Micro Electronic Systems RAM/ROM kaart removed, showing the expanded text memory. The motherboard part no. is 202,000 Issue 5.

A Hi-Res version of the picture is available HERE . 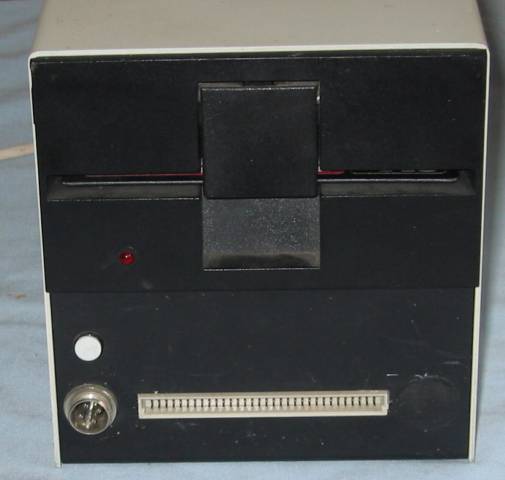 The Atom Disc Pack from the front showing the power out connector to the Atom with the white power on light above it and the 64-way Acorn Expansion Bus connection. 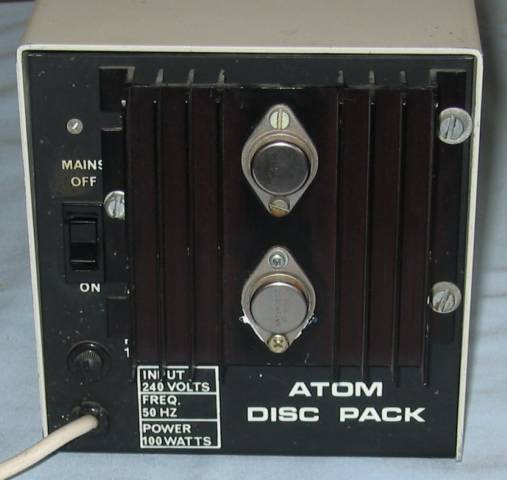 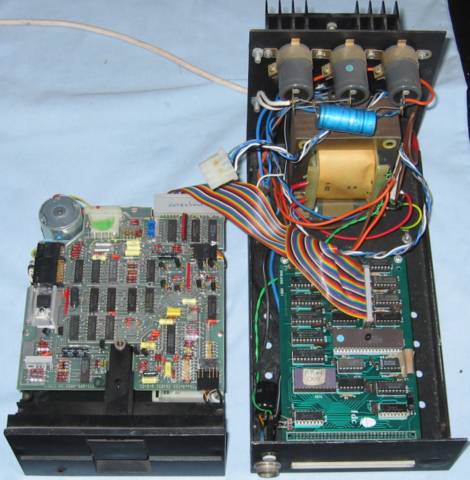