The BBC Model A was the cheaper of the 2 models. It only had 16K memory and lacked most of the ports. It could be upgraded to the Model B specification and many Model As were wholely or partially upgraded to Model Bs. This is an early Model A with an Issue 2 motherboard

This is a Cleartone Issue 2 BBC Model A which has been partially upgraded with the addition of a parallel port, 16K memory, analogue in port and an RGB port. 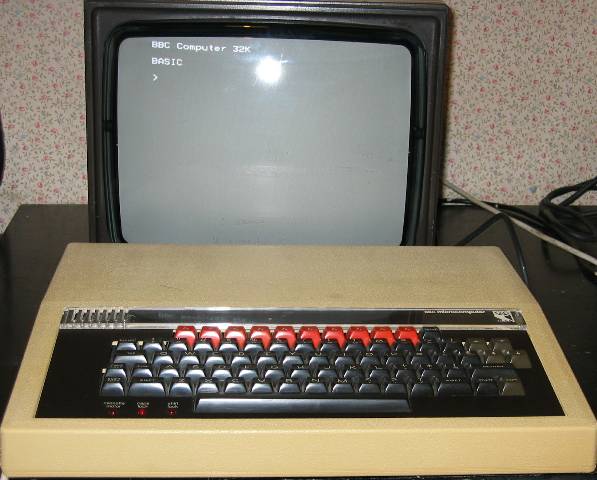 BBC Model A Issue 2 at start up this looks like any other BBC Micro. The keystrip logo says that this is an early Issue 1, 2 or 3.

BBC Model A Issue 2 seen from the back. First note the size of the ventilation slot at the top., on later models the view of the motherboard is blocked by a bar on the top cover to stop litle fingers for exploring inside. Below the slot the RS423, reset and Econet sockets are empty. This Model A has been upgraded with RGB and Analogue In sockets. The reset switch was never fitted (as far as I know) and is not there on later BBC Micros. Finally the power supply on the right is quite diffrent to later BBC Micros. 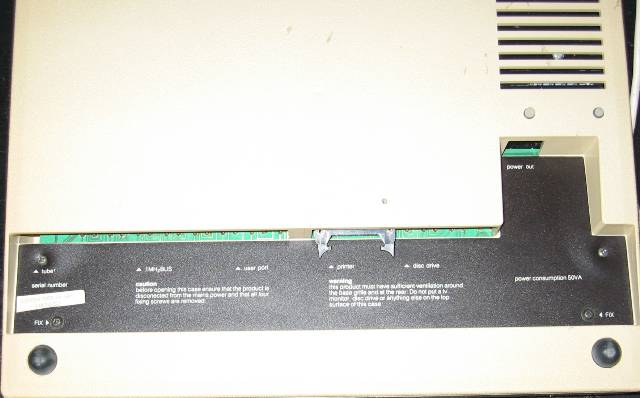 BBC Model A Issue 2 seen from underneath. Note that all the interfaces (except the printer) are not fitted. The printer interface is an upgrade to the standard Model A. Also note that there is no power socket for a disc dive on the right where it says "power out". 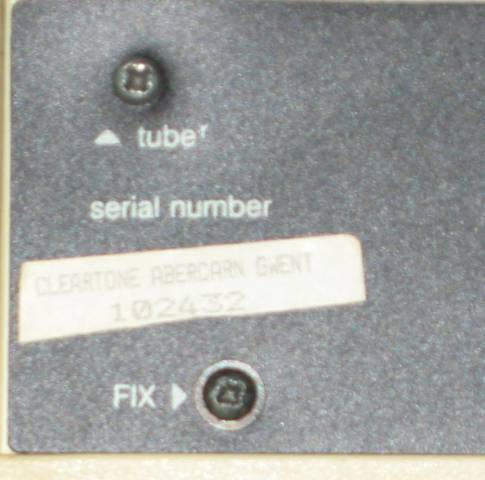 BBC Model A Issue 2 serial number is 102432 and was made by Cleartone, Abercarn Gwent.

The early "BBC microcomputer" logo, by Issue 4 it had changed to "British Broadcasting Corporation Microcomputer System", due to issues over the use of BBC trademark outside Britain. 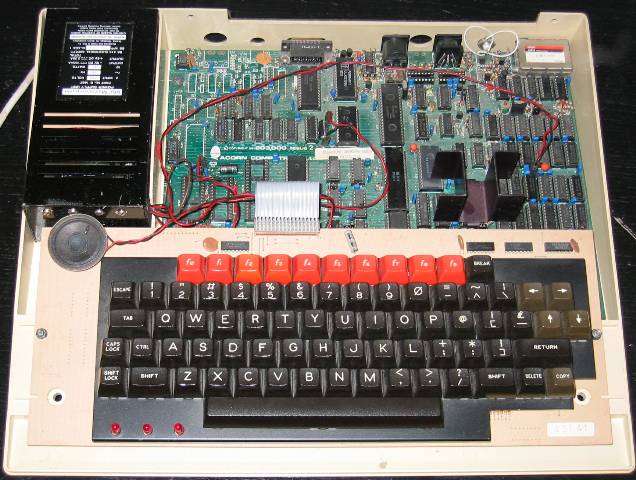 BBC Model A Issue 2 with the top cover removed. Starting from the bottom left note that the cartridge sockets are not fitted nor is the ribbon cable that links them to the motherboard. The speaker is held onto the keyboard with doublesided adhesive tape! At the bottom right under the Shift and Delete keys there are no switches/links to set the Boot action. Above the keyboard on the right is the huge heatsink on the ULA which got smaller in the Issue 3 and disappears in the Issue 7. At the back you can see where the RS423 socket is not fitted and the gaps for the reset switch and Econet socket (in fact the Econet circuitry is not installed). Finally on the top left is the power supply which is different from Issue 3 and subsequent versions of the BBC. 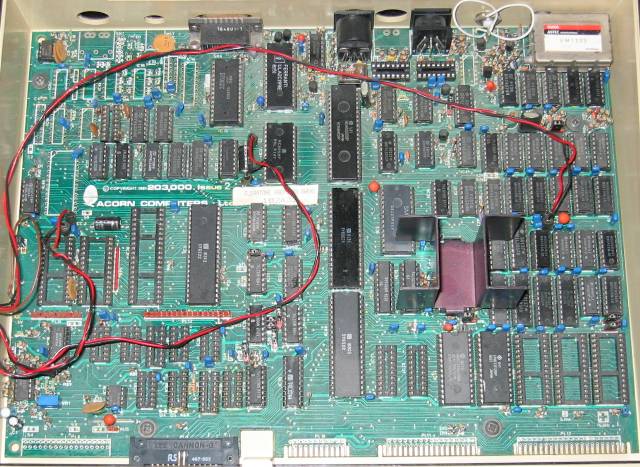 BBC Model A Issue 2 motherboard. Note that along the bottom edge only the printer interface has been fitted (this is an upgrade to the Model A). Above the printer interface are the empty sockets for the ICs for the other interfaces. On the bottom right are the sockets for sideways ROMs, this Model A is fitted with OS 1.20, but would almost certainly have shipped with OS 0.1 and have been upgraded. In the middle on the left edge are the two empty sockets for the Speech upgrade. and above them the space for the Econet interface. Along the top edge in the middle is the empty spoace for the RS423 interface with 2 empty IC sockets below it.and to the right is the RGB socket (another upgrade). Finally on the right hand edge are the RAM ICs which have been upgraded to 32K. 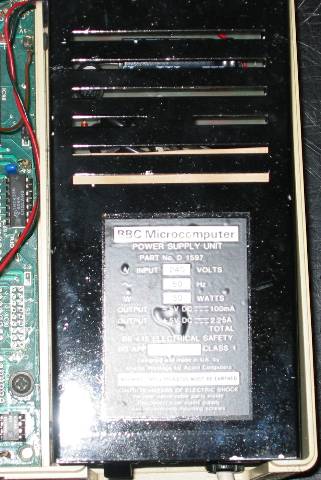 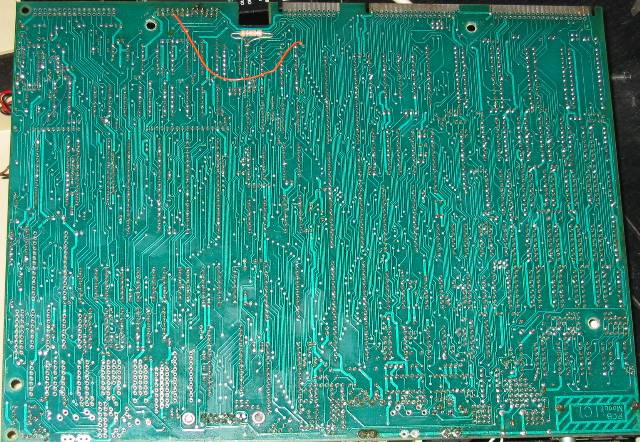 BBC Model A Issue 2 back side of motherboard

BBC Model A Issue 2 the underside of the motherboard showing a patch wire and extra capacitor at the top.