The BBC Model A was the cheaper of the 2 models. It only had 16K memory and lacked most of the ports. It could be upgraded to the Model B specification and many Model As were wholely or partially upgraded to Model Bs. This is an early Model A with an Issue 3 motherboard, the date codes on some of the ICs are from 1981 or 1982 and it still has BASIC 1 installed. It has been upgraded to Model B specification. The MOS is 1.20 with a 1984 date code, so I suspect it was upgraded at a later date.

This BBC Micro started life as a Model A but has been upgrade to a Model B. It also has a Computr Village 1797 Disc controller  and LVL double density DFS. I bought this computer on ebay in 2005. 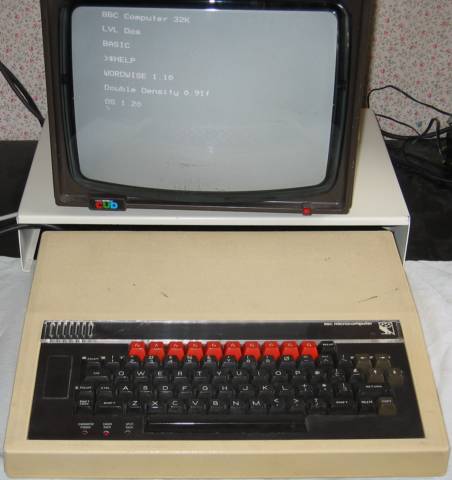 The screen shows that this BBC Micro has been upgraded to 32K RAM and has a LVL Dos DFS and Wordwise 1.10 installed. The OS verwsion is 1.20 and BASIC 1 is installed (not in picture)

The back of the BBC Model A Issue 3 shows that it has been upgraded with RGB, RS423 and Analogue in ports. Note the wide ventilation slot at the top with access to the motherboard for little fingers.

The bottom of the BBC Model A Issue 3 shows the serial number on the left (001013), it does not give the manufacturer unlike most labels at this time. The ports are all present, which indicates it has been upgraded to Model B Specification, the ports are Tube, 1MHz Bus, user port, printer and disc drive. There is no auxillary pouwer outlet on the right, 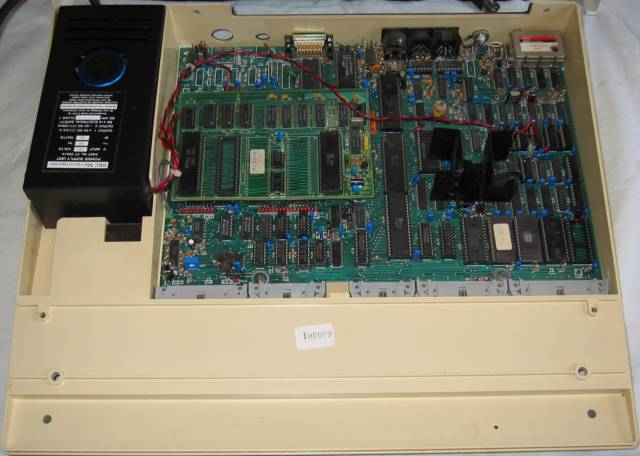 BBC Model A Issue 3 with top and keyboard removed

This shows the early, black power supply on the left, which I have only seen this on the Model A. In the middle is the Computer Village floppy disc controller. To the right is the ULA heat sink which is typical of the Issue 3. 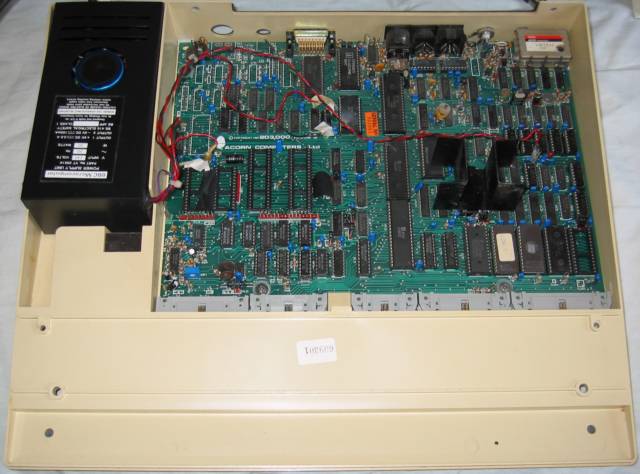 The Computer Village board plugged into the two large sockets for the Intel 8271 and the 6522. 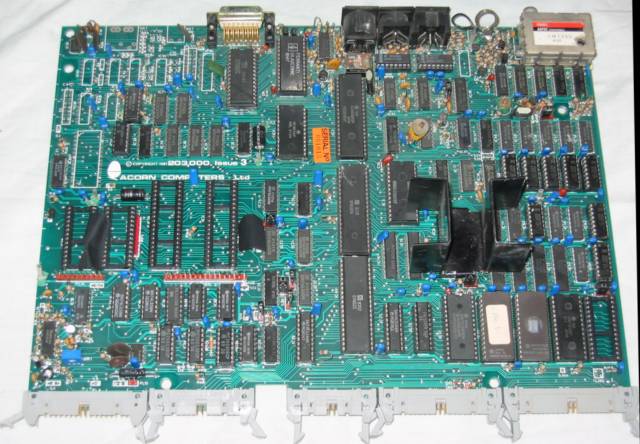 Here is a HiRes picture of the BBC Model A Issue 3 motherboard . 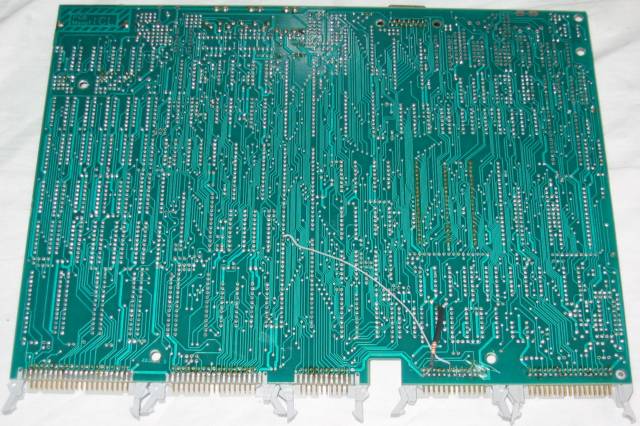 Apart from the 2 wire modifications, if you look carefully, you can see that the ports along the bottom edge have been manually soldered in as part of the upgrade from Model A to Model B.

The loadspeaker is set in a little white plastic mount.