The BBC Model A was the cheaper of the 2 models. It only had 16K memory and lacked most of the ports. It could be upgraded to the Model B specification and many Model As were wholely or partially upgraded to Model Bs. This is an late Model A with an Issue 7 motherboard

I bought this BBC Model A privately for £150. It has an Issue 7 motherboard. The important point here is that it is a late Model A which has not been upgraded. 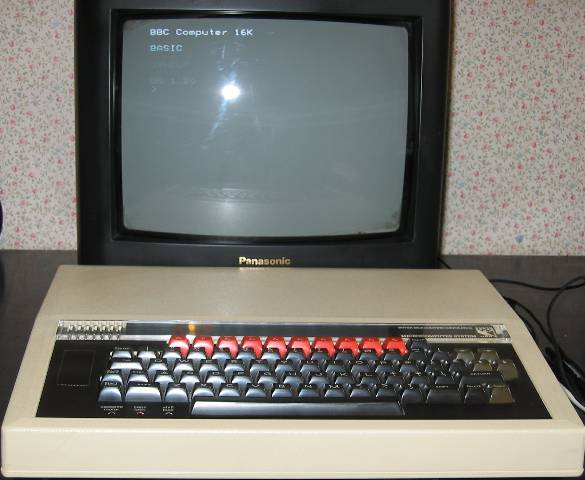 Note the "BBC Computer 16K" startup message which is all that shows it is a Model A. Just about visible below the startup message is the *HELP command and "OS 1.20" response.

Note that only the UHF, Composite Video and Cassette ports are implmented. The RGB, RS423, Analogue and Econet ports are covered up. This is a good clue that it is a Model A. To get the picture in the previous photo I had to use a portable TV as there is no RGB port for my normal Microvitec Cub monitor.

When compared with the Model A Issue 2, you can see that the ventilation slot at the top is smalled and you cannot see the motherboard because a strip of plastic on the top of the case blocks access. In addition the reset switch has disappeared from between the Analogue In and Econet ports. Finally the power supply is different. 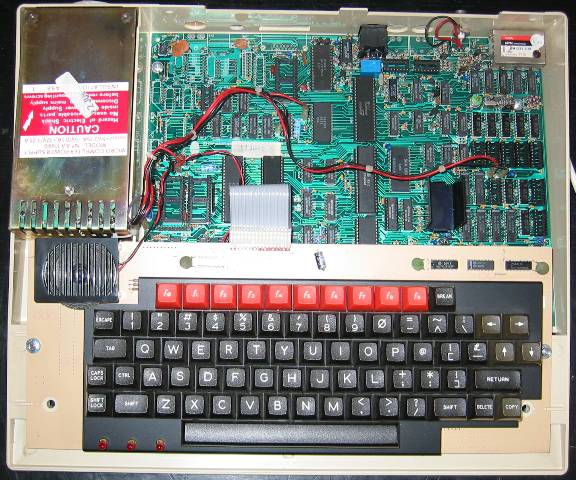 Note the ports along the back, which match the outside rear view. Only the Cassette, Composite Video and UHF ports are implemented. Also note the empty speech ROM sockets left of the keyboard connector and the empty RAM sockets on the right had side. 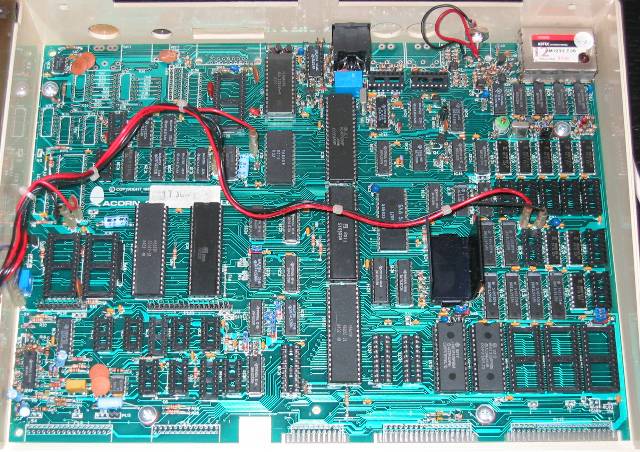 As in the previous picture you can see the "missing" ports at the rear. At the top right the unpopulated area is for the Econet interface. You can also see that the connectors underneath the BBC are all missing. Not only are the connectors missing but the components to drive them. On the middle right you can see the sockets for an additional 16K of RAM.

Note that ALL the connectors are missing, further proof that this is a Model A.