Until October 2004 I had never heard of a German BBC, but I found this one on sale on eBay. Given that Acornsoft released German versions of a range of BBC software in 1983, I should not have been surprised.

This BBC is similar to the US version but not the same. It has the same motherboard (part no. 223,000) with the Econet interface installed, but the disc interface and speech chips are not installed. The case has German text and electirical safety logos. When switched on the start up message is "Acorn OS 32K" rather than the familar "BBC Microcomputer 32K".

All these can be seen in the photographs below: 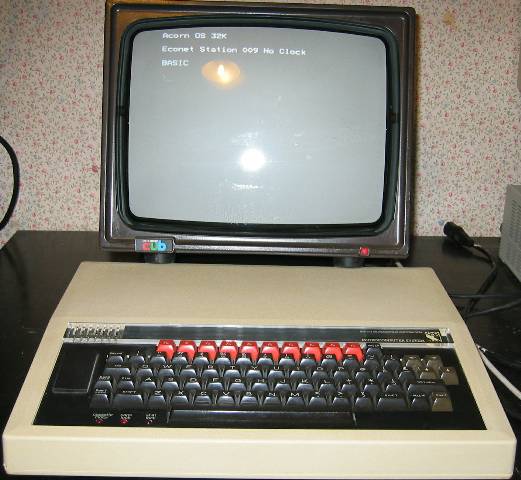 The German BBC Model B looks just like any other BBC Micro, but the OS message on the screen reads "Acorn OS 32K" rather than the familiar "BBC Microcomputer 32K". Also note that the Econet interface is installed and configured.

The mains plug on the German BBC B is a German style plug molded to the lead.

The back of the German BBC B shows the usual array of ports (including the Econet port. However the logos between the Cassette and Analog ports and the Analog In and Econet port are German. Indeed Analog is spelt Analogue on UK BBCs. The PSU switch has I/0 as well as On/Off by the switch.

Underneath the German BBC B are the safety messages in German. The serial number to the left is interesting, 02-GNB14-1000943. I assume the GNB14 is the product code for a German BBC Model B, but I am not sure waht the 14 indicates. The serial number 943 woould seem to indicate that a relatively small number were produced or that this is an early machine. Finally note the heavy shielding which covers the normal BBC interfaces. 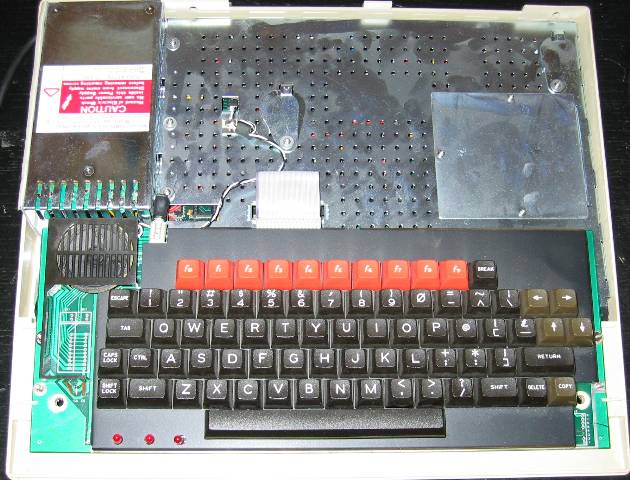 German BBC Model B with the cover removed showing the Faraday cage that screens the motherboard. The keyboard differs from the US model because the cartridge sockets on the left below the speaker are not installed. The keyboard is a UK keyboard. The screwed down panel on the middle right provides access to the sideways ROM sockets. 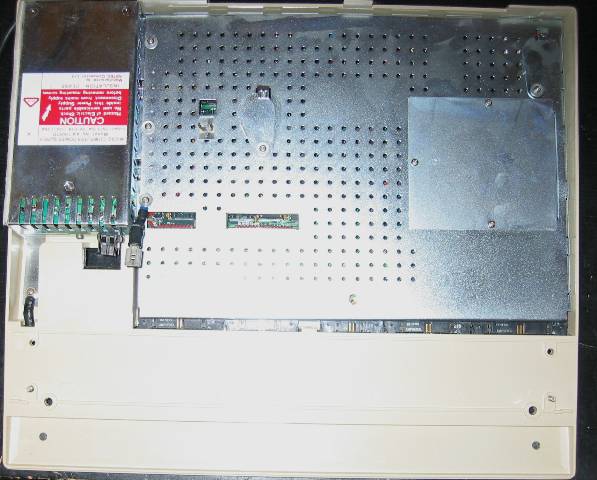 German BBC Model B with the keyboard removed, showing the faraday cage enclosing the motherboard. 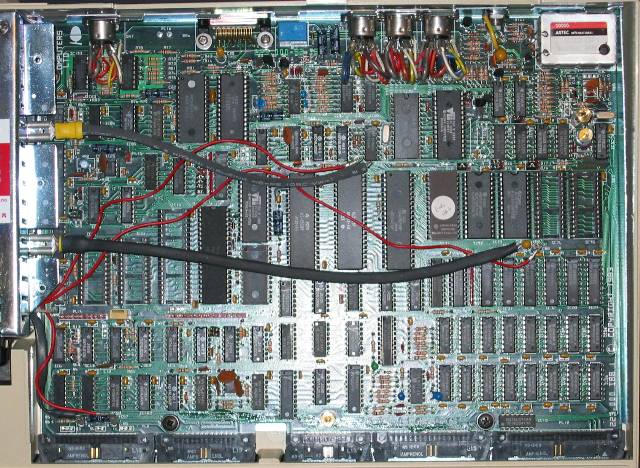 The German BBC Model B motherboard is the same as the US version. However the empty IC sockets on the middle left are for the Speech ROMs and the 8271 disc controller which are not installed. On the middle right are the sideway ROM sockets. The ROM with the white label appears to have GOS Iss.1 written on it.