I bought this BBC Micro privately in 2009. As you can see it came from Holland and is branded with the school name. From the dates on the ICs it appear that this BBC B was manufactured in early 1985. 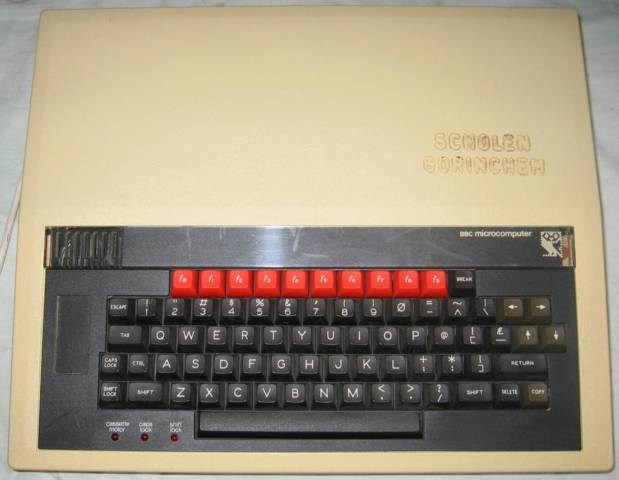 Note the name of the Dutch school deeply engraved in the top of the case. The key strip is probably not genuine as most (all?) issue 7 BBC Micros say "British Broadcasting Corporation Microcomputer System" on the right side.

Hong Kong BBC B (back) 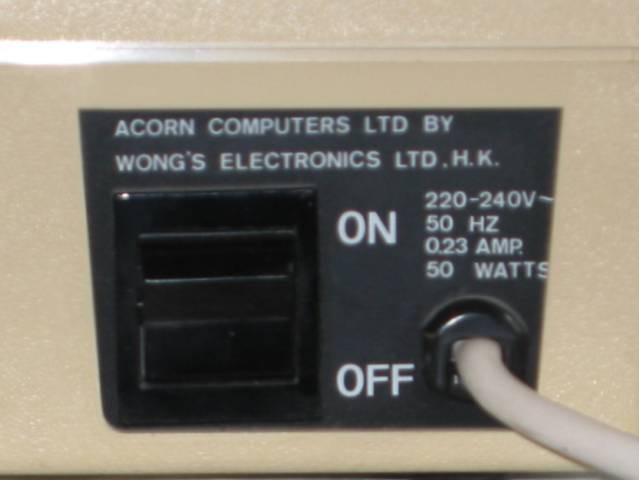 A close up of the power supply showing that it was assembed in Hong Kong by Wong's Electronics, Ltd H.K. 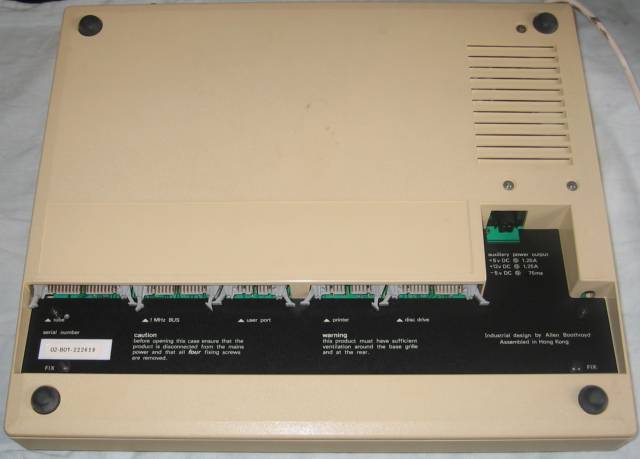 Note the large indent in the bottom of the case above the ports, this was used in the US model for Warnings and additional information. 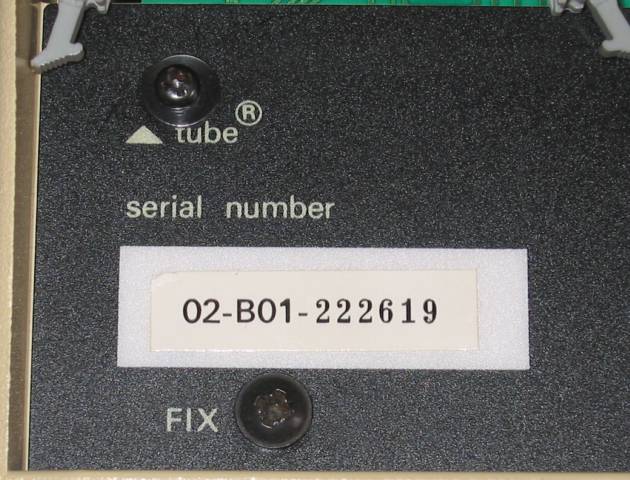 A close up of the serial number which is unusual because BBC Micros usually have a product code ANBxx, rather than just B01. 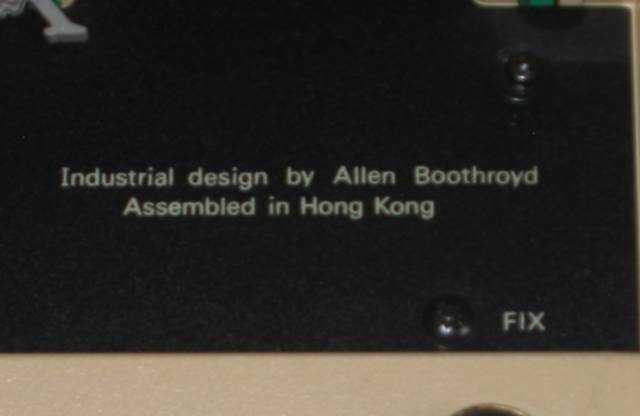 Close up of the right side of the label showing the "Assembled in Hong Kong". 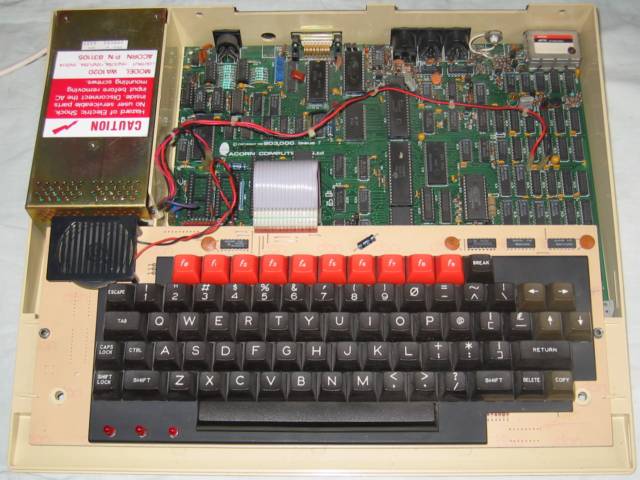 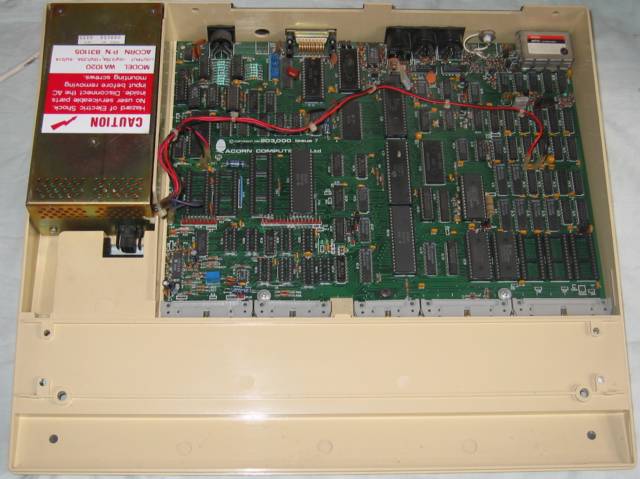 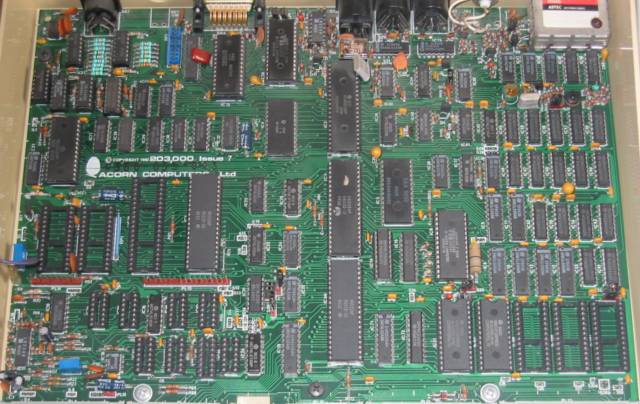 The BBC issue 7 motherboard only has the OS1.20 and Basic II ROMs installed on the bottom right. The Econet upgrade is installed in the top left, but no networking ROM is installed so the Econet interface is not recognised at start up. The sockets in the bottom left are for a disc interface which has not been installed.

Here is a HiRes picture of the BBC Issue 7 motherboard .