This BBC Model B has the disc interface installed and, if shipped with it, would be an ANB03.

I bought this BBC Model B on ebay in Oct 2002. I only bought it for my collection and have never used it. Here are some pictures so you can see the differences from the Issue 3. 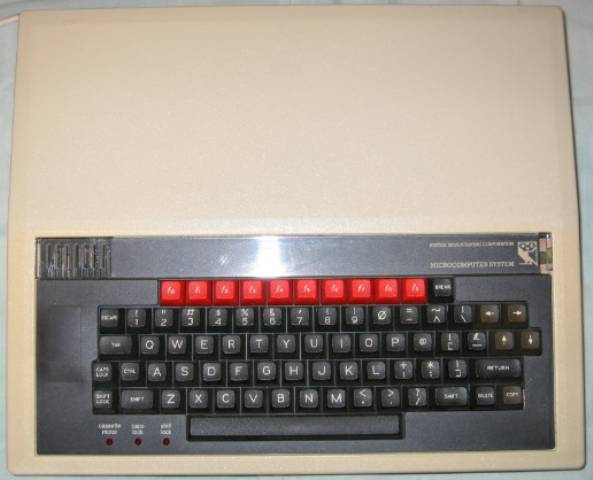 On BBC Model B Issue 4 the wording on the right of the keystrip now says British Broadcasting Corporation Microcomputer System . This change was introduced with the Issue 4 BBC to avoid trademark issues outside the UK.

The back of the BBC Model B Issue 4 showing the standard ports (UHF out, video out, RGB, RS423, cassette and analogue in. The Econet interface is not installed. Note also the square cutout for the analogue in port compared with the more rounded ctout on the Issue 3. Final the ventialtion slot had been split in two and partially blocked to keep fingers off the motherboard.

The bottom of the BBC Model B Issue 4 showing the ports, from left to right ( Tube, 1MHz Bus, user, printer and disc drive). The AB Electronics serial no (182834 ) is on the left. The auxillary power outlet for a disc drive is on the right. 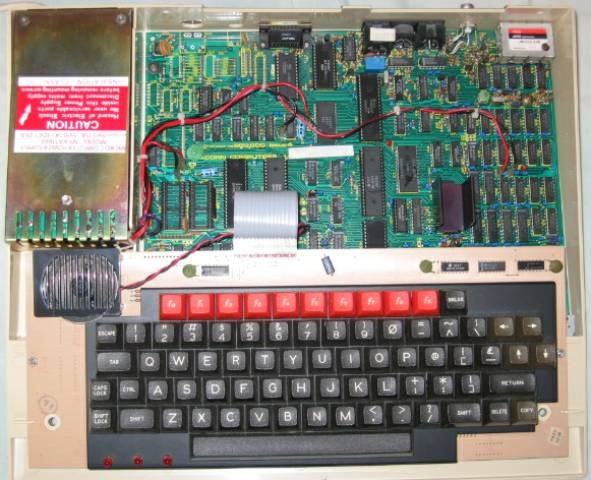 BBC Model B Issue 4 with the case open

The changes to the BBC Model B Issue 4 include: 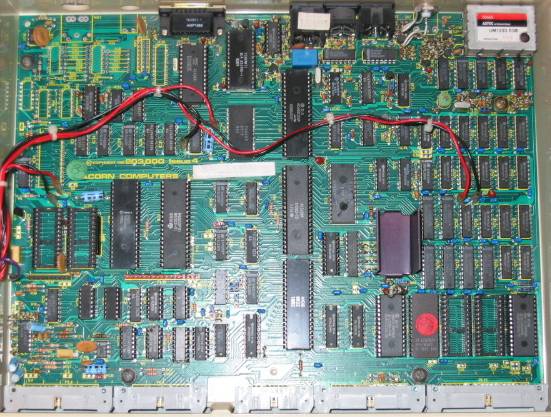 You can see the Issue 4 motherboard clearly, unlike the Issue 3, because there are no upgrades installed. The empty sockets on the right are for the Speech System. Next to them is the Intel 8271 disc controller. The unpopulated area at the top left is for the Econet interface. The ROM sockets are on the bottom right. The ULA still has its heat sink.