The first BBC Model B Issue 7  has an Intel 8271 disc controller installed.

It has a GCC ROMEX 13 sideways ROM board , the ROMs installed are:

and a Watford Electronics 32K Sideways RAM card. A cooling fan has been added as a BBC Micro with added cards can run very hot.

The second BBC Model B Issue 7  is also fitted with an disc interface. It is, I think, a late model ANB03 .

I bought this BBC Model B on ebay in Feb 2003. I only bought it for my collection and have never used it. Here are some pictures so you can see the differences from the Issue 4. 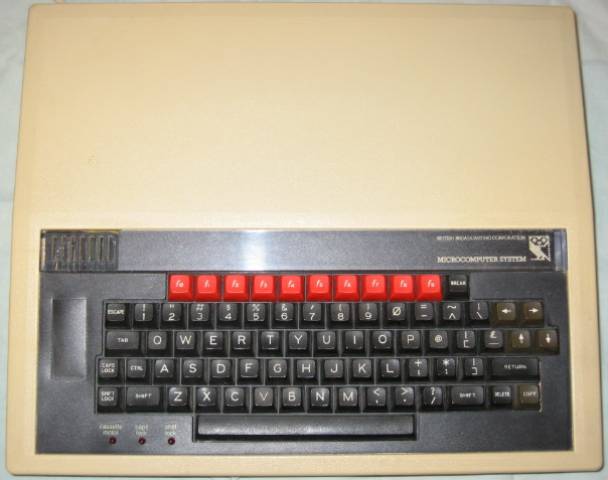 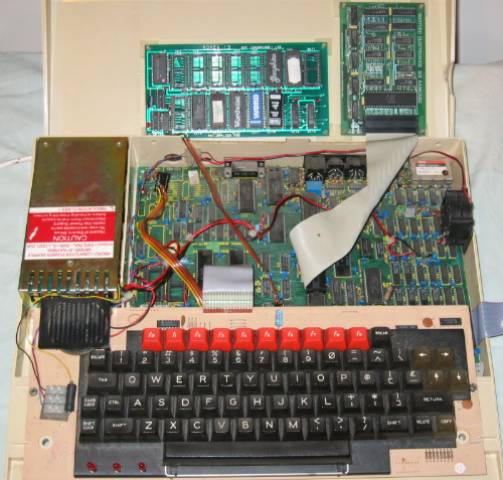 BBC Model B Issue 7 with top off, Note the addition of a cooling fan on the left hand side of the case and the 2 cards in the top of the case. All the wires and ribbon cables make it difficult to open. The card in the middle is a GGC ROMEX 13 card and the card at the right is a Watford Electronics 32K RAMcard. 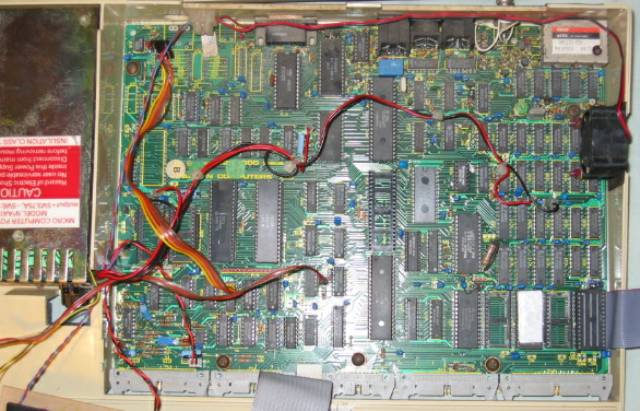 The BBC Model B Issue 7 changes include: 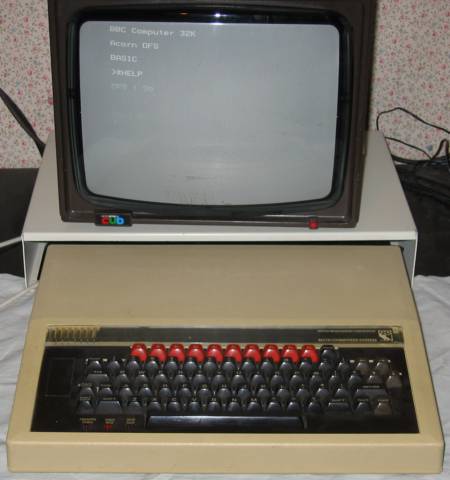 The BBC Model B Issue 7 has OS 1.20 installed. It has the Intel 8271 DFS and DFS 1.20 installed. Note the "British Broadcasting Corporation Microcomputer System" on the right of the keystrip.

The standard ports are visible, from left to right, UHF out, video out, RGB, RS423, cassette, analogue in. Econet is not installed. The power supply is on the right. Note that the ventialtion slot at the back is split into 2 narrower slots and is partially blocked to stop prying, little fingers.

The serial number is on the left (01-ANB03-5047337). The standard ports, from left to right, are Tube, 1MHz Bus, user port, printer and disc drive. The auxillary power output for a disc drive is on the right. Note that the 1MHz Bus has the zed subscripted. 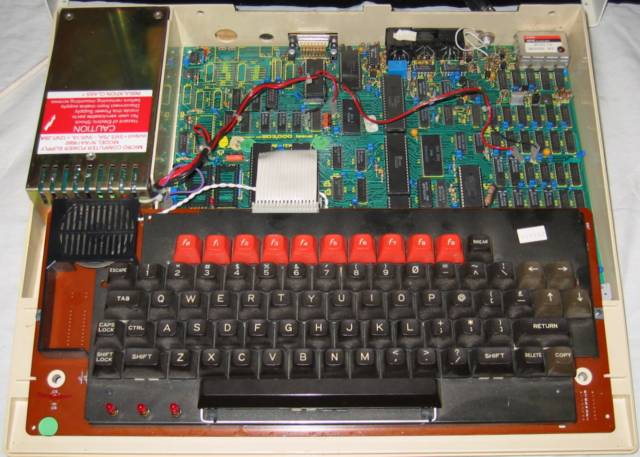 The keyboard is a different model from the first BBC Model B Issue 7. 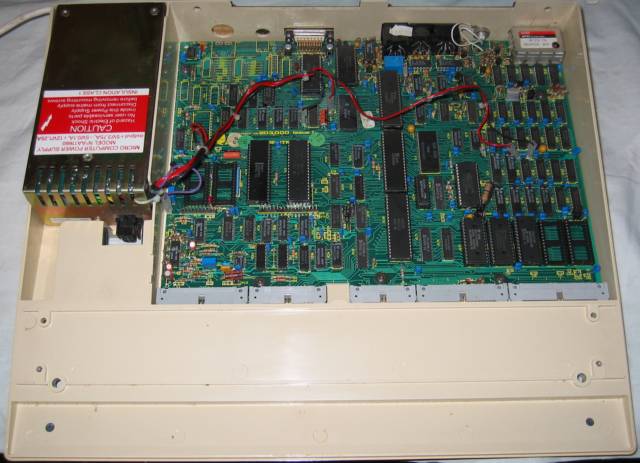 This is a standard BBC Model B which has not been upgraded. 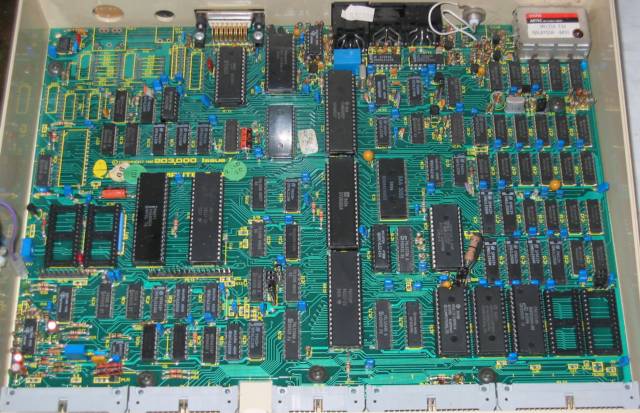 In the top left is the space for the Econet interface, with the components outlined in yellow. Below that are the two empty sockets for the speech system. To the right of the speech system sockets is the Intel 8271 disc controller. In the bottom right are the OS and sideways ROMs (BASIC & DFS) with 2 empty sockets for additional ROMs. The ULA, now has not got a heat sink.

Here is a Hi-Res picture of the BBC Model B Issue 7 motherboard .

Note the differeneces with the previous BBC Model B Issue 7 keyboard.