US BBC Microcomputer (converted for UK)

In the autumn 1984 Acorn planned an assault on the American education market with a fully specified BBC Micro (i.e. it had the Disc, Econet and Speech upgrades as standard) and with a version of BBC Basic with American spelling. Acorn signed up Wong Electronics to produce 50,000 BBC Micros for the US with the first shipment in October 1984.

Acorn's foray into the US Market with the BBC Microcomputer was not a success and unsold stock was returned to the UK and converted to UK standard. This one of those ex-US BBC Micros. The main differences from the UK models are Disc and Econet interfaces and speech system were included as standard. Also the whole case is shielded (see photographs).

BBC Model B US Version (converted for UK) 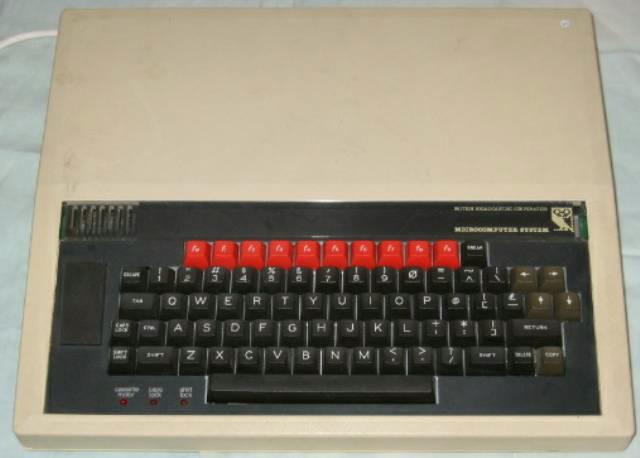 US BBC Micro (converted for UK)

The US BBC Micro has the FCC approval in the middle between the cassette and analogue port. The Econet port is installed as standard on US BBCs.

US BBC (converted for UK) bottom

The additional RF shielding is clearly visible around the ports. The serial number is visible above the Tube (02-UNB09-1009723) 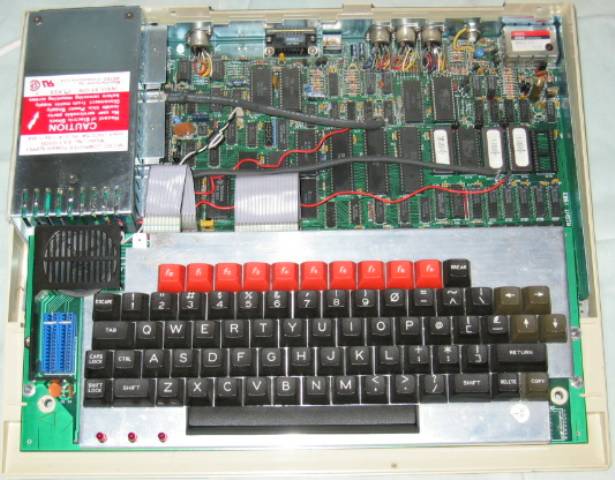 The US BBC Micro has RF shielding on keyboard and around the ports and power supply. The sideways ROMs have been moved from under the keyboard to the middle of the right hand side. The cartridge sockets are installed on the left of the keyboard, below the speaker. 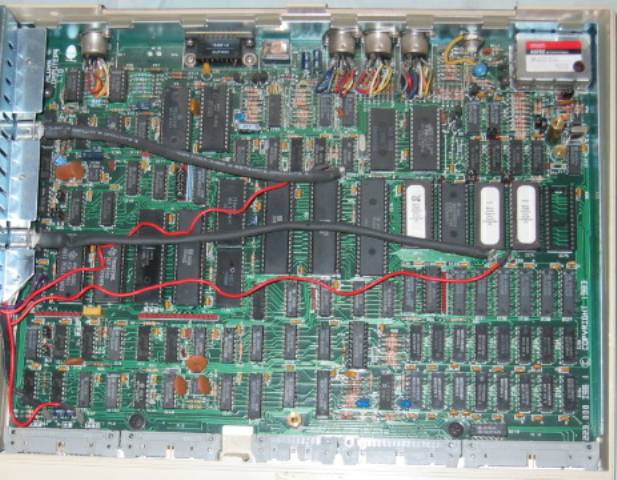 The US BBC Micro has, as standard:

The ROM sockets are moved to the middle right, half way up the board. The ports at the back are shielded. as are those underneath the computer.