The BT Merlin M2105 was a dedicated communications terminal which was designed and manufactured for BT by Acorn. It is an Electron with an expansion box containing, modem, voice synthesis, serial and parallel ports. which connect to the Electron via the expansion interface at the back of the Electron. These were supplied by BT to various customers, mainly unknown, but including Interflora to allow dial-up point to point messageing, in the days before email and instant messaging. 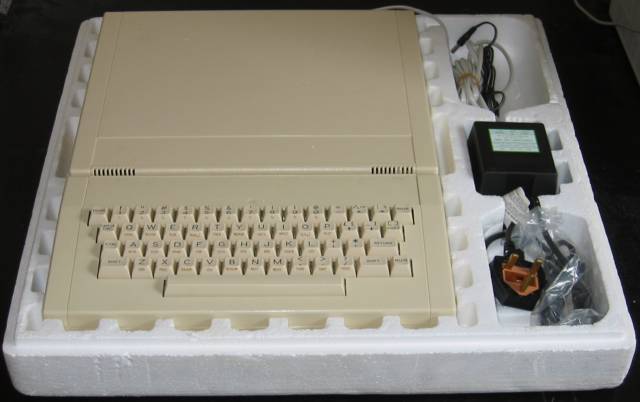 The BT Merlin M2105 in the bottom half of the polystyrene packaging. Unfortunately there were no manuals or instructions. 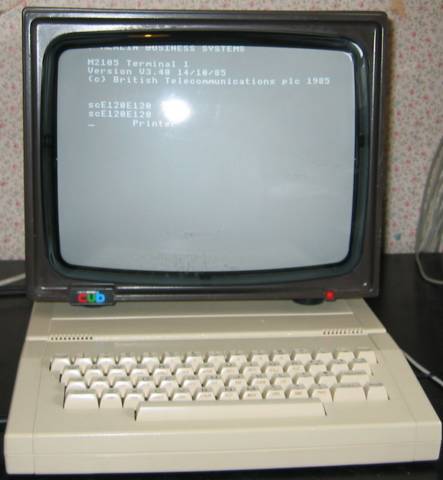 Unfortunately when the M2105 is switched on it hangs waiting on a printer (see screen). Since I didn't have a suitable printer available, I could get it to go any further. There seems to be no way to breakout the the Electron MOS. 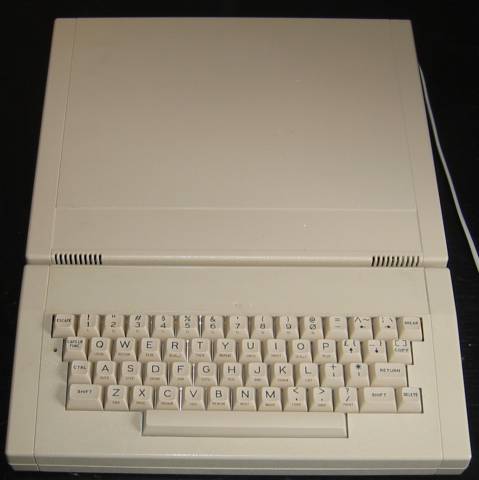 BT Merlin M2105, an Electron with an expansion box

The M2105 as it comes out of the box. The Electron is connected to the Expansion box using the expansion bus interface and the 2 parts are held firmly together. Both boxes have labels missing, the Electron above the keyboard and the expansion box immediately after the connection.

The right side of the M2105 showing the connection for the 19V AC power supply.

The back of the M2105 showing the BT Merlin label, Also vivible are the lead from the modem, parallel printer socket and a serial port.

The left side of the M2105 shows the Electron ports, from left to right: TV, Video, RGB and cassette. I have only used the RGB port to connect a colour monitor. I am not sure how you could use the cassette port since you can't break out of the Merlin application to BASIC. 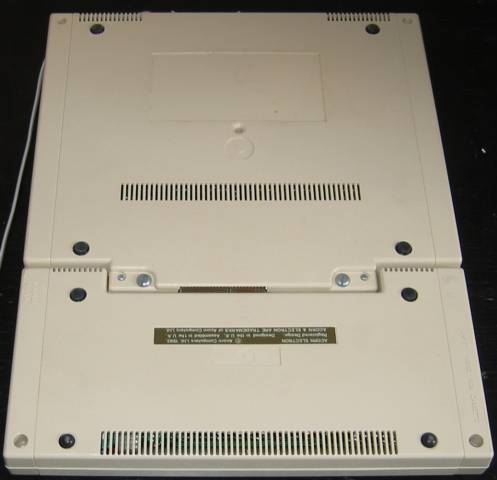 The bottom of the M2105 showing the Acorn Electron label. There is a large indent to the back of the expansion unit where another label could have been.

The back of the Electron showing the expansion bus, exactly the same as for a Plus 1 or Plus 3. 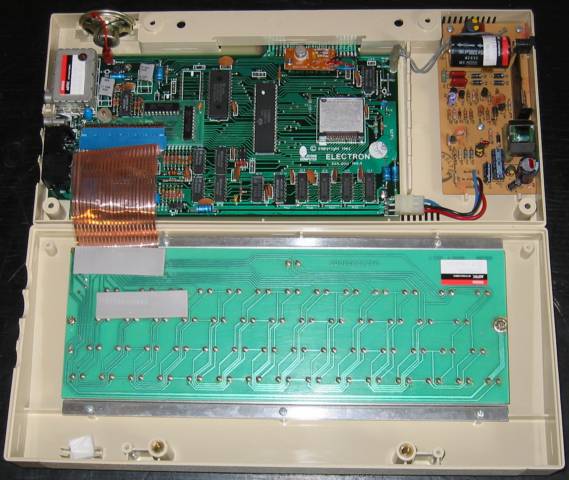 On opening the M2105 Electron, you can see that it has the same motherboard as the normal Electron (p/n 205,000 Iss. 4). But you can immediately see 2 differneces with the standard Electron, there are two small daughter boards - one where the keyboard collects to the motherboard and the other by the expansion bus. I don't know what they do. 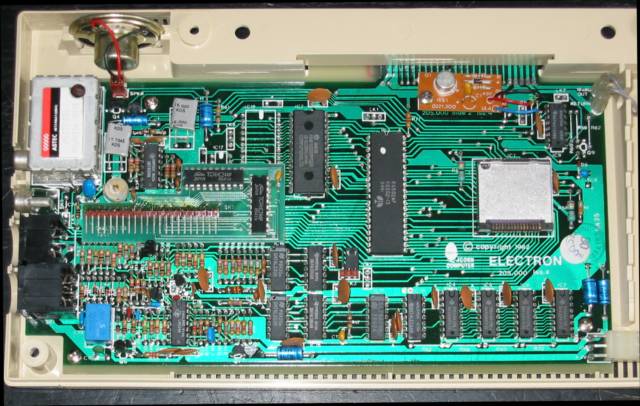 The M2105 Electron motherboard with the keyboard cable removed showing, from Left to right and front to back:

A His-Res verion of this picture is available HERE . 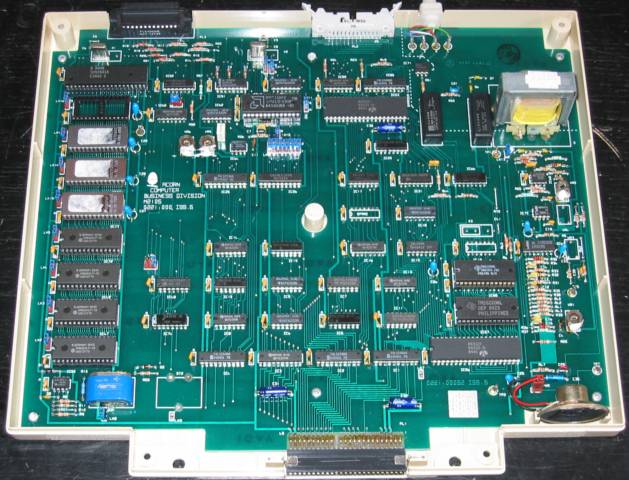 M2105 Expansion board clearly marked Acorn Computer Business Division M2105 0221,000 Issue 5. The board shows, from left to right and front to back:

A hi-Res version of this picture is available HERE .