This is a German Electron. Until 2003 I hadn't know that Acorn produced a German version of the Electron.

I bought this Electron on ebay in October 2003. It has a redesigned motherboard and heavy copper shielding, see the photographs below. 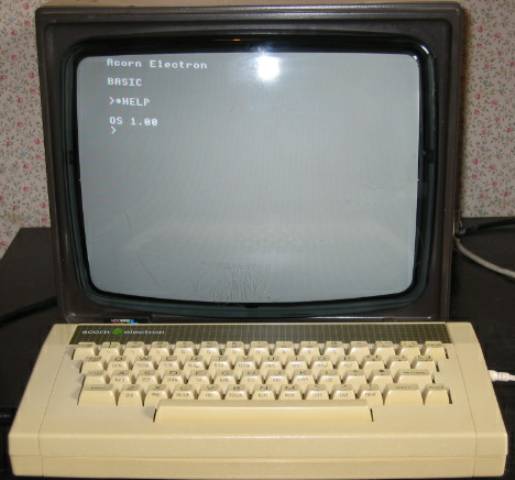 German Electron, from the outside you cannot seen and difference from the UK Electron. 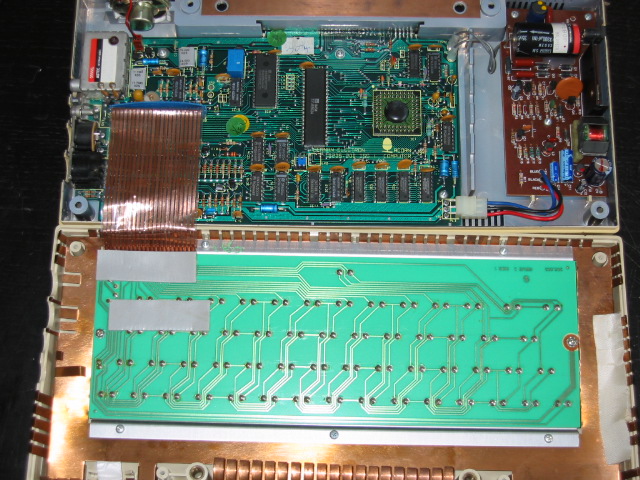 German Electron opened. Note the copper sheilding all round the system. The motherboard has also been redesigned. 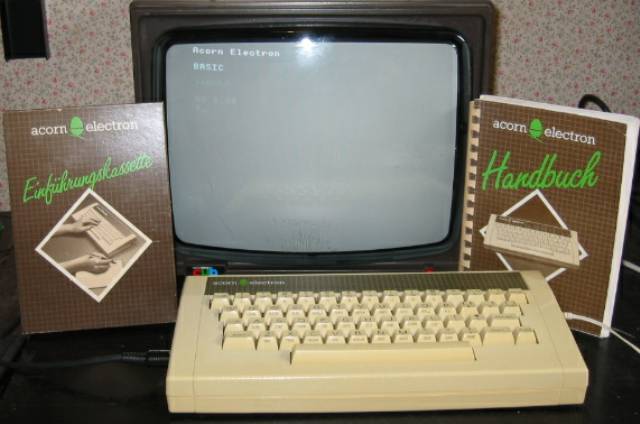 German Electron with Introductory cassette on left and User Guide on right (in German of course!).