The LTM Portable is a "luggable" BBC Master (it weighs 17.5kg). It has a standard Master Issue 2 motherboard with an internal 6502 Co-processor . It is packaged with a green screen monitor and 2 x 5.25" floppy disc drives in a large, heavy case. It does not include batteries and runs on mains power. From the paper label on the back it appear that the computer was used by the Radio Investigation Service HQ.

The only reference to it that I have found is in the 8-Bit Software  web site which has a similar computer and a second one based on a BBC Model B+.

I bought my LTM portable on ebay in 2008 (they are fairly rare). 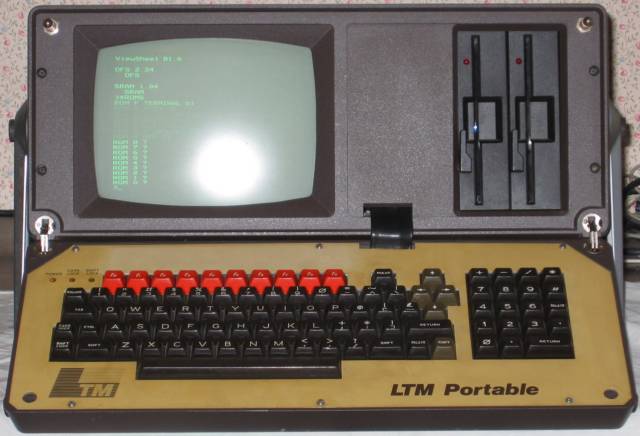 The LTM Portable plugged in, switched on, and running Acorn MOS 3.20 ( the standard Master OS). 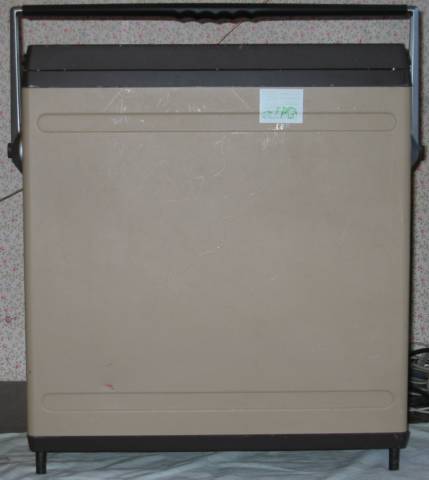 The LTM Portable is big, approximately 590 x 510 x 190 mm, and weighs 17.5kg. [Measured from bottom of the feet to top of the handle and from the widest bit where the handle is. 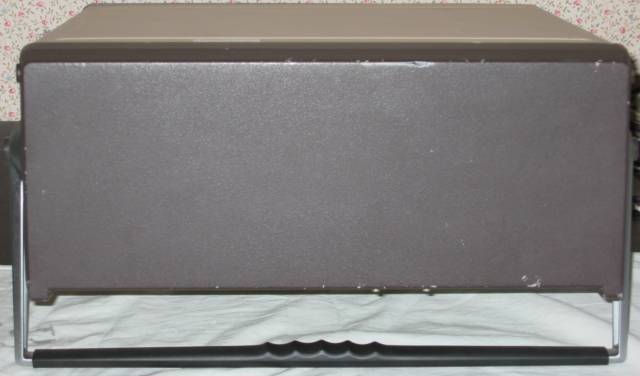 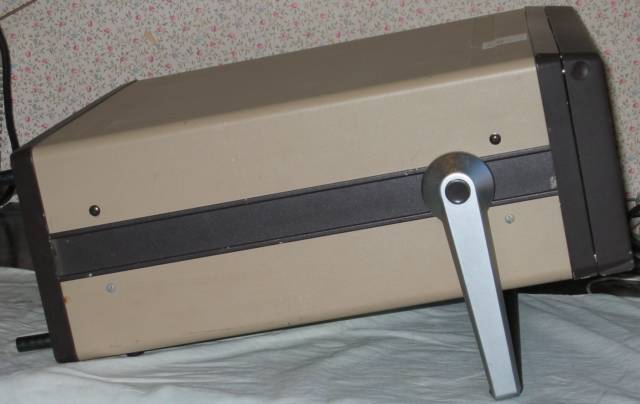 The back of the LTM portable shows the Master ports in the central top cutout, they are, from top left to bottom right:

To the left of the cuttout, the pair of switches to sellect 40/80 track mode for the 2 floppy drives, the single switch switches the monitor on/off (it is disconnected inside). The power in and On/Off switch are on the right.

The paper label on the back says: 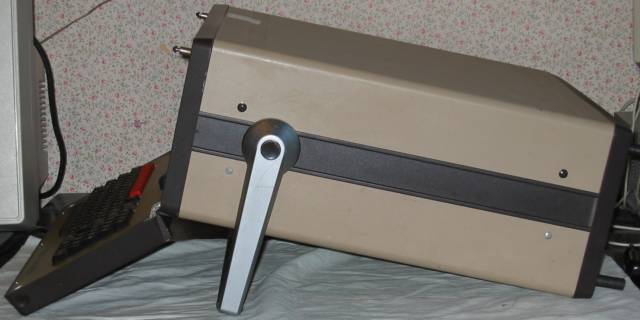 LTM Portable (right) with keyboard down 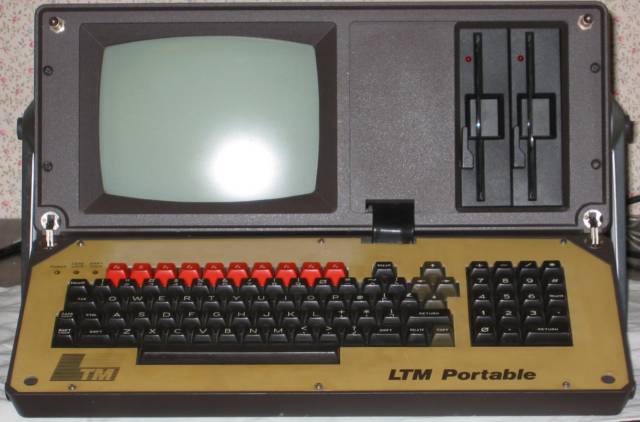 LTM Portable with keyboard down

The keyboard is a standard Master keyboard. 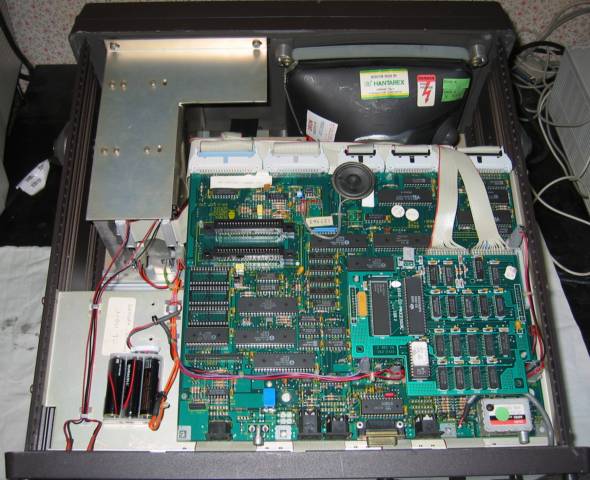 Removing the top cover of the LTM Portable shows:

Note how the ribbon cables from the Tube, 1MHz Bus, User, printer and floppy disc drive ports are all lead neatly away under the motherboard. The keyboard connectors are led forwards to the keyboard. 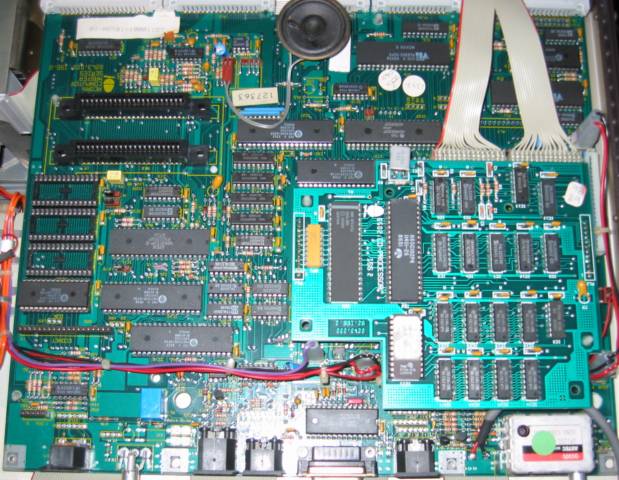 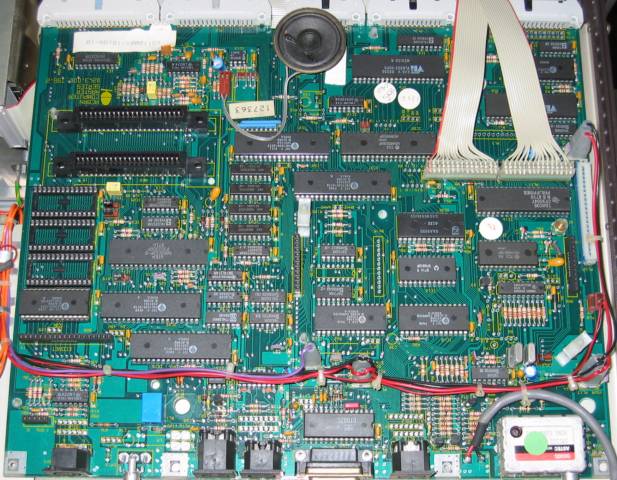 Here is a HiRes picture of the Master Motherboard. 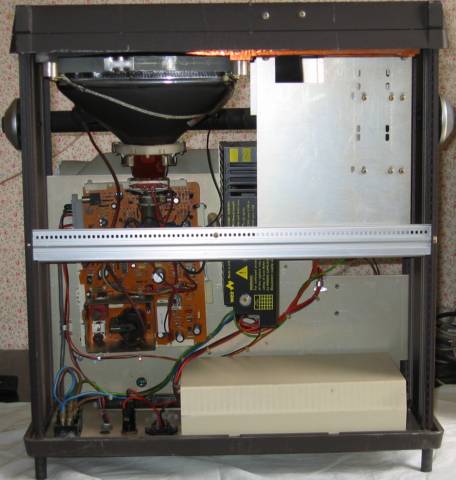 With the LTM's bottom cover removed shows from top left: