I had some fun preparing the Master Turbo for the web site. Firstly it wouldn't boot correctly, just beeped and left the cursor in the top left. Following the Master Service Manual, I removed the co-processor, but no change. Then I got a spare Master which I had bought to provide a spare psu for an A500 which had blown its own psu (did you know they used the same psu?). I swapped the keyboard, but no boot. So rather than replacing IC16 (CF30047), I swapped the motherboards. This worked and the Master booted. I reinstalled the Turbo module and everything still worked. The only differences are that the replacement motherboard is an issue 1 board, whereas the original motherboard was issue 2 and the Master has gained an Econet Module.

But just as I came to take the first picture, there was a sizzling sound, a cloud of evil smelling smoke and the psu failed. So the psu that was going to the A500 has now gone to the Master Turbo.

For documentation for all Master computers see Master Computers . 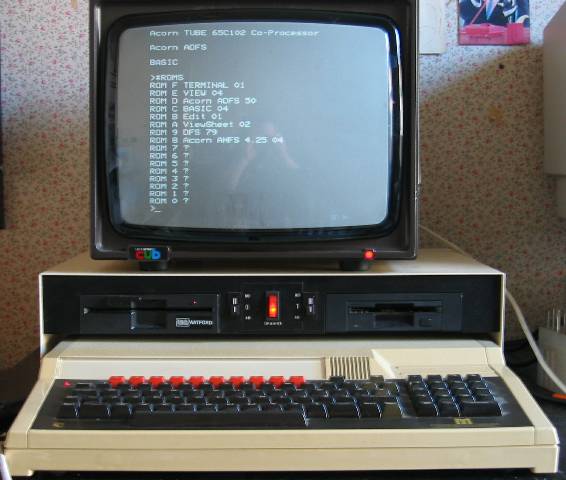 Master Turbo and Microvitec Cub monitor on a plinth with 5.25" and 3.5" disc drives. On the screen is the Turbo (65C102) Co-processor startup message and a list of the ROMs fitted. 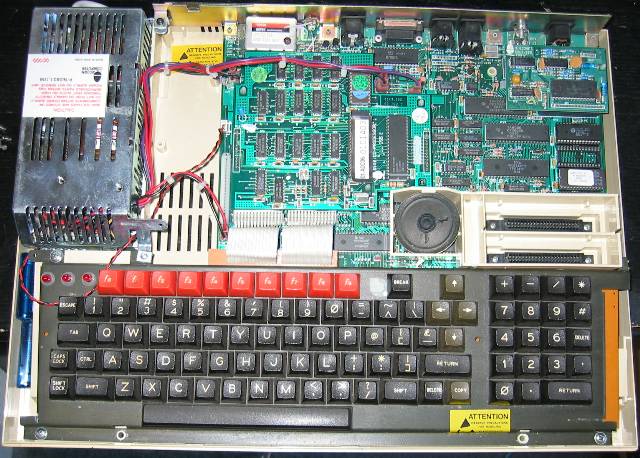 Master Turbo with the top off, showing the Turbo co-processor in the middle of the picture. Also note the Econet module in the back right and the ANFS ROM with a white label above the cartridge slots. 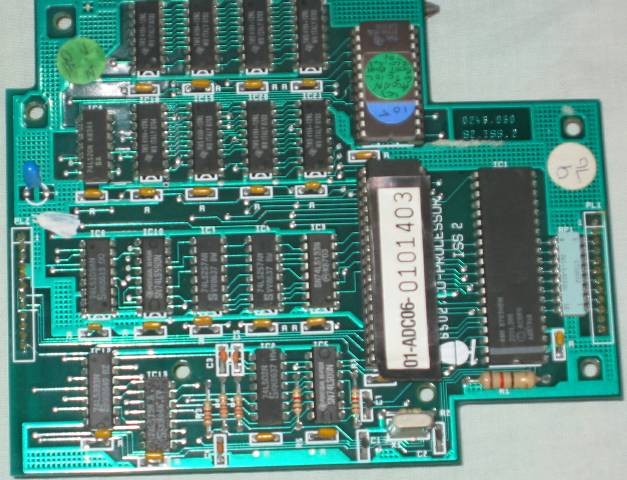 The Turbo co-processor card, the Ferranti ULA on the right is the TUBE interface to connect to the Master 128. Next to it is the 65C102 CPU with the serial number on top. The card also has 64K RAM and fits theinternal TUBE connections in the Master 128.