This section contains details of the various Network Computers (NC), Set Top Boxes (STB) and prototypes that Acorn produced in the mid 1990s. With the exception of the NCs these devices were never widely available. Some, such as the Stork laptop and NewsPAD tablet compouter, were prototypes producted in very limited numbers for demonstration purposes. They would only have been mass produced if commissioned by a third party. Others such as the STBs were used in various public trials and were produced in larger numbers but never mass produced.

The NewsPAD was a technology demonstrator developed by Acorn. It was a tablet-style portable computer with a touch screen and had a 40MHz ARM7500FE with 8MB RAM (expandable to 256MB). I have not seen a NewsPAD, and suspect only a few prototypes were made. The other possibility is that they were all used in Spain, hence the Spanish page on the phograph below. [Wanted]

Here is the ART NewsPAD  factsheet.

Here is a Acorn publicity photograph from the RISC User ...in a Nutshell Commemorative CD-ROM: 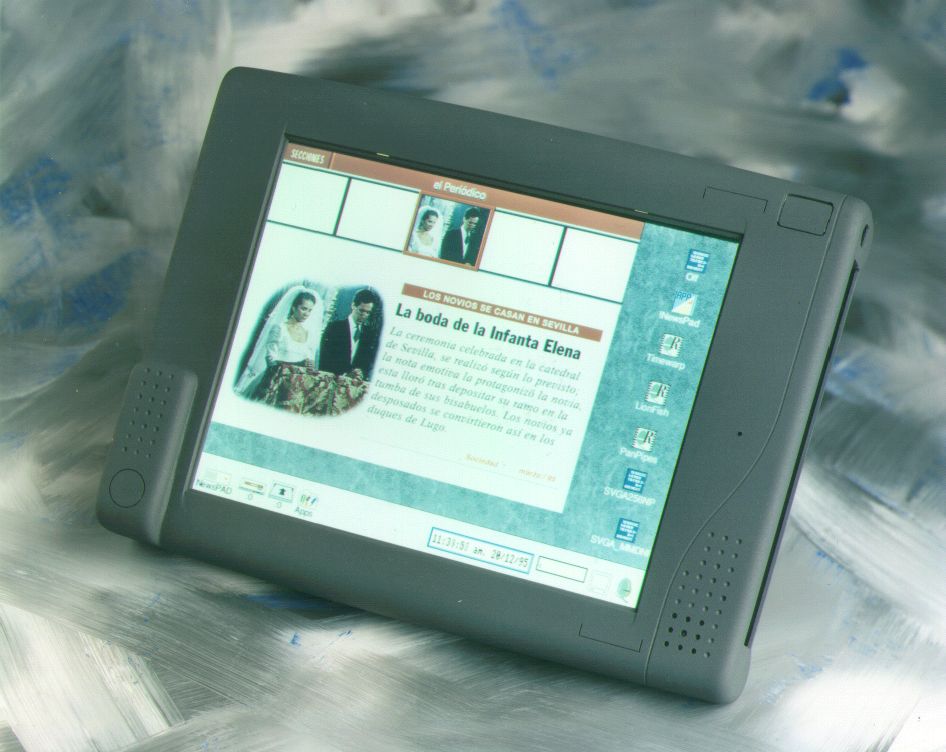 Here is an Acorn publicity photograph from the Risc User ... in a Nutshell Commemorative CD-ROM: 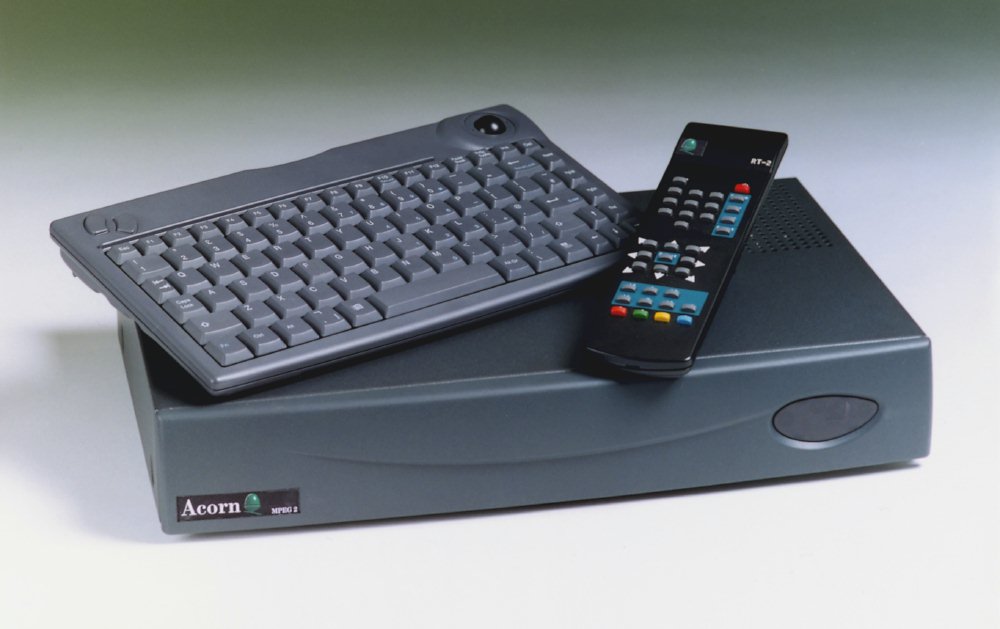