The Stork was a compact portable RISC based sub-notebook computer producted by Acorn RISC Technologies in mid-1996. It was a technology demonstrator design which Acorn hoped to license to 3rd parties who would customise it as they wished. Only a few were made, I do not know the exact number but it was probably less than 50. Since the computer was never a finished product, it was reportedly tempramental and in need of lots of TLC to keep it working. There were rumours that deals had nearly been closed with various unnamed companies, but none of them came to anything so the Stork remained an interesting prototype and the A4 remained Acorn's only portable.

Here is the ART Stork  datasheet..

I bought my Stork off ebay (see Drobe story about the auction and the Stork pictures ). It was not working and although I asked no-one was able to repair it. Apparently the jigs and tools needed are no longer available and few, if any, now know how it works. So it is one of the few non-working computers in my collection.

Here is an Acorn publicity photograph of the Stork from the "RISC User ...in a Nutshell Commemorative CD-ROM". I have included it so that you can see what my Stork would have looked like if it was working: 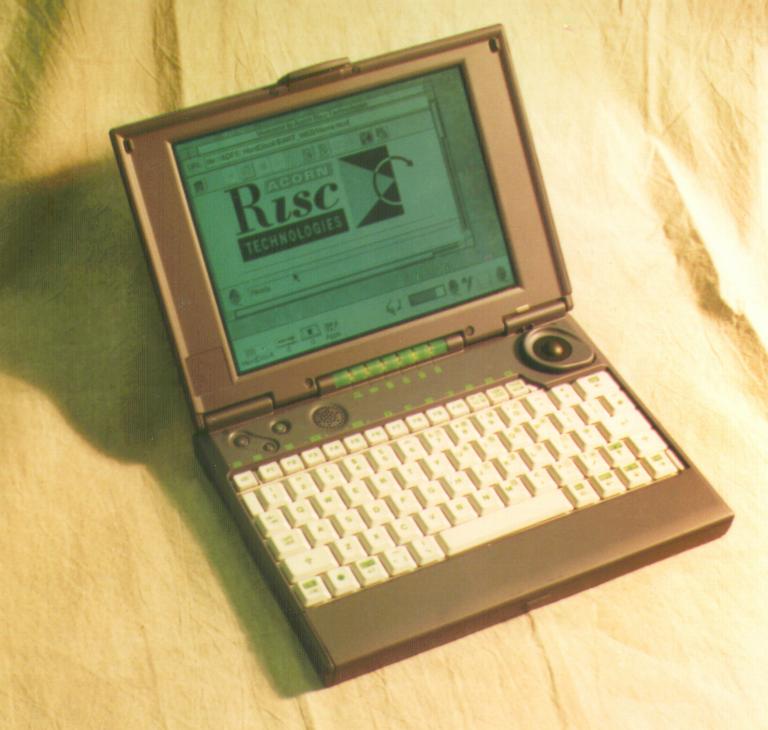 Here are some photographs of my Stork: 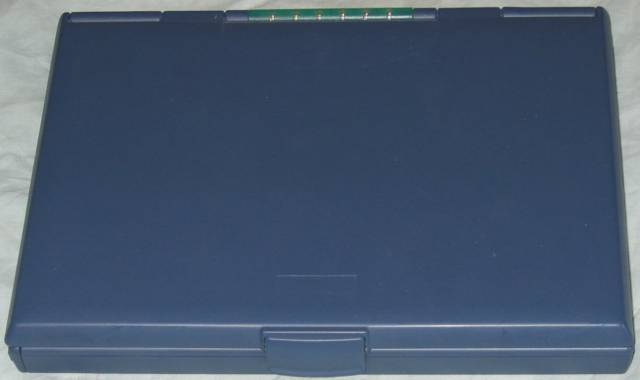 The Stork seen from the front. The case is really quite small (Width 266mm, depth 192mm, height 36mm (monochrome) or 42mm (colour). It weights 1.8kg. In the center is the catch to open the clamshell design. On the left hand corner the catch to remove the battery is just visible. In the middle on the top are the power, battery and activity lights.

The left hand side of the Stork, showing the slightly loose battery cover at the right and the PMCIA slot on the left.

The three ports under the flap, from right to left, are the RS232, 25 pin DB Parallel, and video/replicator. To the left of the replicator port is the 18V DC power input for the external power supply and battery charger. On the corner is a button for the tracker ball. The power and activity lights are under the green plastic in the top middle.

On the right hand side, the little round ball is a button for the tracker ball, moving left the hole in the case is the recessed Reset button and the final port is audio. 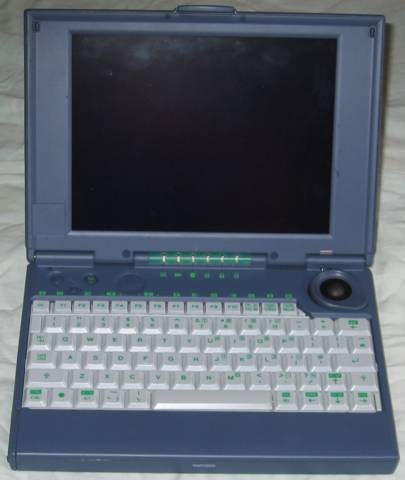 Here is the Stork clamshell opened, the keyboard is marked in tasteful green. At the top right you can see the trackerball. 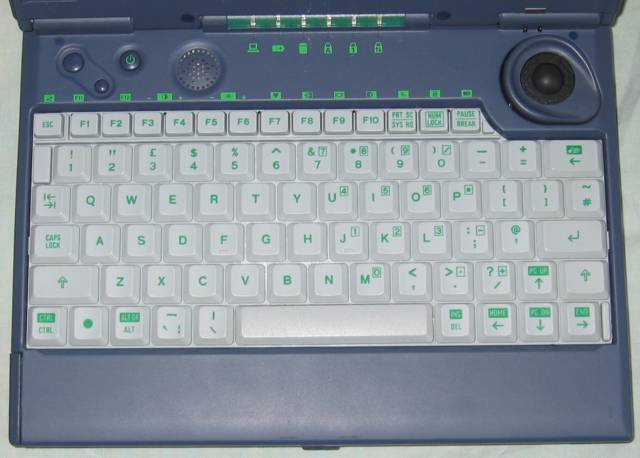 A close up of the keyboard, with the tracker ball in the top right. On the left are two buttons but I don't know what they are for, then the power on/off button and finally the speaker. 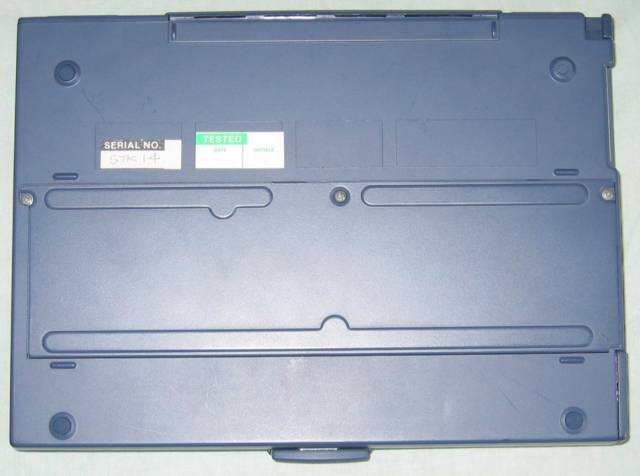 The bottom of the stork showing the Serial number sticker (STK14) and an electrical test sticker with a 1996 date. In the middle is a removeable panel held in by 3 screws. 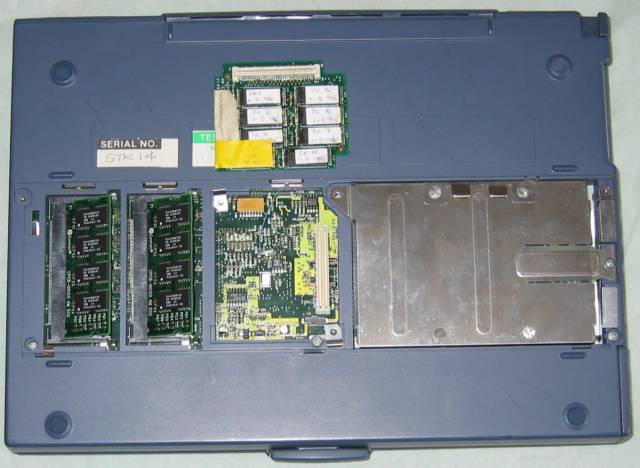 The cover plate on the bottom of the stork has been removed to reveal, from left to right, the two 4MB DIMMs, the daughterboard with the RISC OS ROMs and the hard disc. The hard disc is a 262MB Seagate ST9300AG, although the the ART Technical Overview says the Stork has a 425MB hard disc as standard with greater capacities available.

The NiCd rechargeable battery pack(12V DC 1400mAh) giving up to 2.5 hours continuous use. Of course I haven't verified this because my Stork doesn't work...

There was also an option for a NiMH battery (1800mAh) giving up to 3.5 hours continuous use. 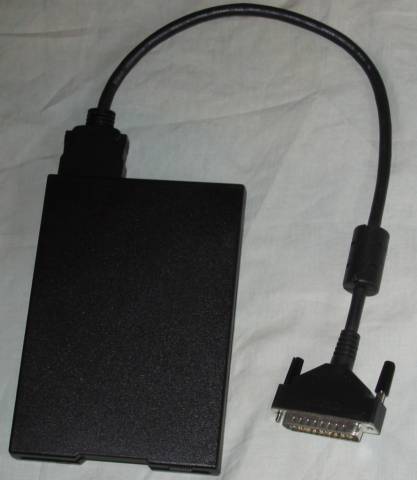