John Kortink's description of the Viewfinder  on his website is:

Viewfinder is the ultimate video upgrade for the Acorn Risc PC, exploiting the power of mainstream AGP video cards. Larger screenmodes and more performance result in a more comfortable and smoother desktop experience than ever before.

More speed. A smoother and more responsive desktop, thanks to exploitation of hardware acceleration.

Programmable. Make your own screenmodes, easier than ever before, without monitor definition files.

Upgradable. On-board software is in flash ROM, simply download a new version and reflash to upgrade

Viewfinder is an expansion card, and simply plugs into a free 'podule' slot in the Risc PC. All existing screen modes are supported automatically, new ones can be created quickly and easily.

By exploiting hardware acceleration, Viewfinder speeds up many drawing operations, among which the most important ones used on the desktop, such as rectangle copy (for moving windows around) and rectangle fill (for drawing window and menu backgrounds). By a huge factor (see below). Your desktop background will be drawn at a similarly improved speed, thanks to Viewfinder's sprite cache. Your windows will pop up in a flash, and literally zip along the screen when moved around. Regardless of the resolution or colour depth of the screen mode.

I do not have a Viewfinder.

Viewfinder is compatible with all Risc PCs running RISC OS 3.7 or higher, including the latest versions of Select and Adjust.

Viewfinder is no longer available, but they do appear from time to time on eBay. 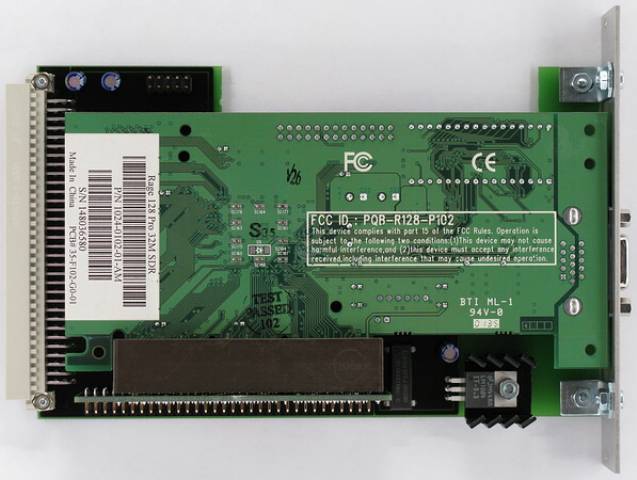 Viewfinder with Rage Pro 128 with 32MB 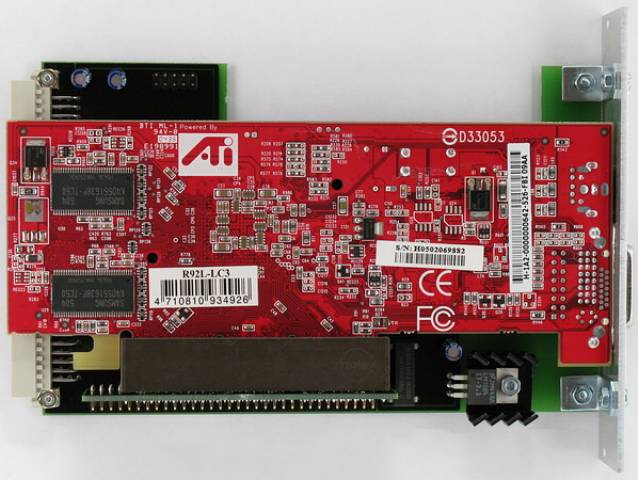 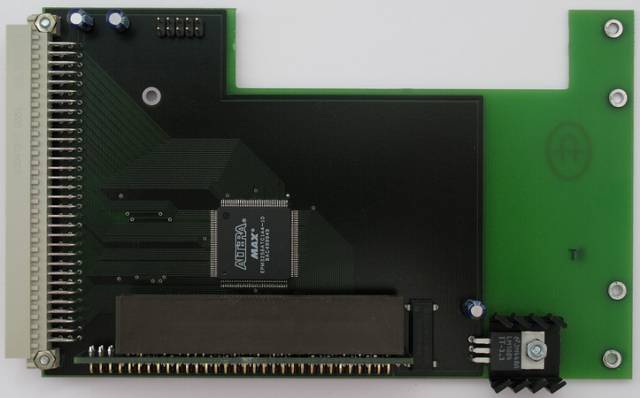 The 'intelligence' is inside the CPLD (Complex Programmable Logic Device), in this case a 144-pin Altera MAX 3000 series chip, the EPM3256ATC144-10, operating at 3.3 V with 5 V tolerant inputs, containing 5000 logic gates (256 macro cells). It neatly interfaces the 5 V based world of the Risc PC with the 3.3 V based AGP interface. Inside it is a custom hardware design of a complexity roughly equivalent to a combination of something like a hundred ordinary logic chips. Almost all of the CPLD's macro cells are needed to perform the functions required by Viewfinder. Most are consumed by the AGP cycle state machine (translating Risc PC bus reads/writes to AGP bus reads/writes) and the logic performing the 'byte swaps' needed to translate the Risc PC's 'aBGR' memory arrangement to the AGP card's 'aRGB' one.

Following is a list of screen modes that is indicative of the maximum ones (in terms of resolution and refresh rate) obtainable with ViewFinder when connected via VGA (when connected via DVI, it is 1920 x 1200 x 16M x 60 Hz per monitor). If a list field is blank, the relevant screen mode cannot be displayed.

The Viewfinder documentation is included in the software archive on John Kortinks site under Viewfinder  .