After Acorn closed down their workstation division, Castle bought the rights to the A7000 and RiscPCs and continued to make them and produced further upgraded models such as the A7000+ Odyssey. 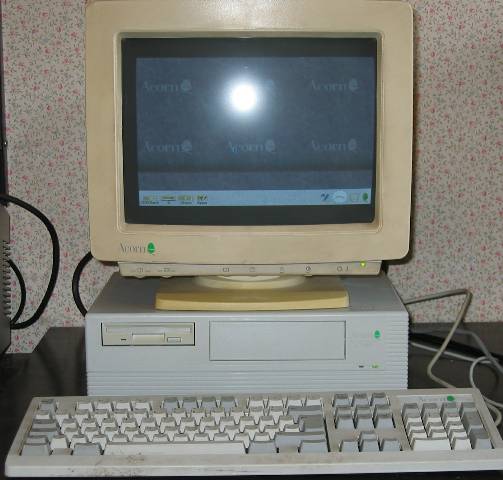 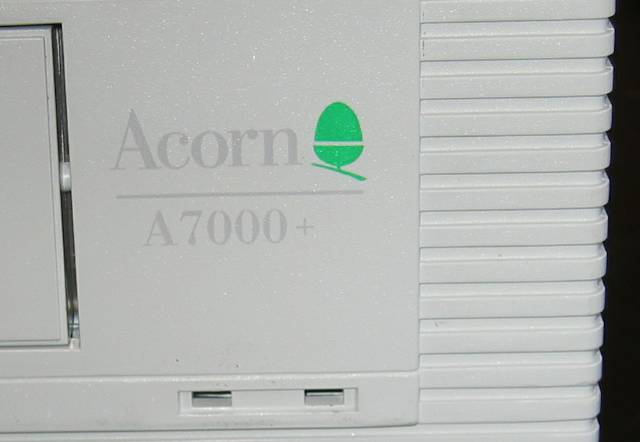 The "knob" at the top right has been added to allow the A7000 to be physically secured to a desk or other secure object. Below the knob is the serial number with the podule slot blanking plate to its right. At the bottom are the ports, from left to right: reset switch, audio out, video out, keyboard, mouse, BNC and RJ45 Ethernet, printer and serial ports. 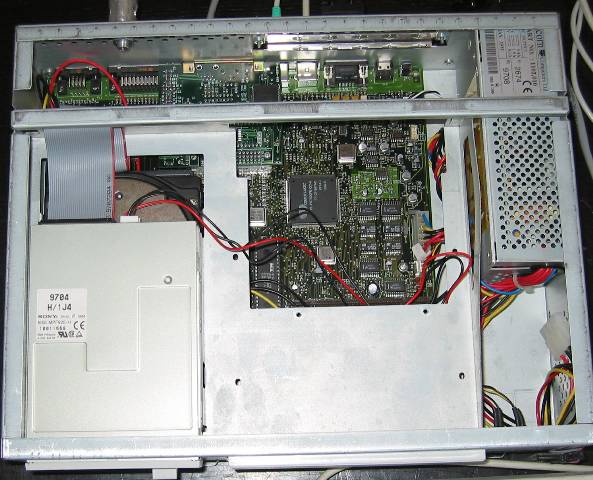 At the front left is the floppy disc drive. In the middle is the space for a CD-ROM drive or a single podule. At the back on the right is the power supply. In the middle at the back, partially covered by the drive support is the network card. 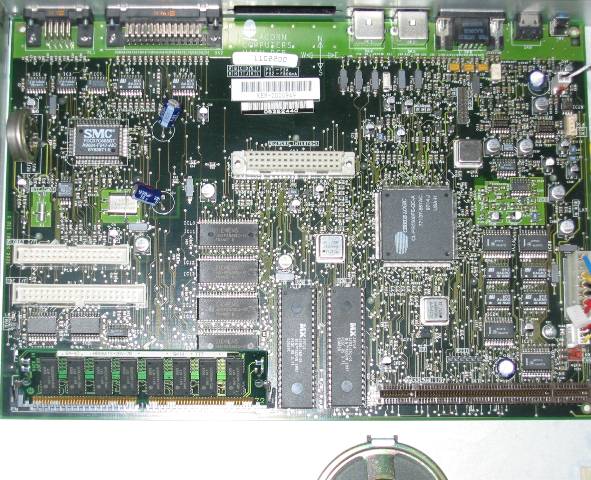 At the front left is the 4MB SIMM with the backplane slop on the right. In the middle are the RISC OS 3.71 ROMs. The square chip above and to the right is the ARM7500FE. In the middle is the socket for the network card with a gap in the back of the case for the BNC and RJ45 connectors.