The ACW is the same as the ABC 210 except for a larger 20MB disc drive. It was priced at £3995 inc VAT which explains why I didn't buy a new one. There were 4 models in the Acorn Cambridge Workstation range, But I have only seen the ACW443 and I am not sure the other models were ever built. They are:

There is a video on you tube showing a BBC B+ with 32016 second processor loading PANOS:

Here is the Acorn Scientific product brochure for the Acorn Cambridge Workstation.

The ACW comes with a nice boxed set of software and manuals. Here are two of them, in image PDF format, to download:

Also available is the Acorn ACW443 Service Manual which should be useful not just for the ACW but for the whole ABC range.

I bought my ACW from an ex-Cambridge University student while in Bedford in 1992. It came complete with the Panos OS on the hard drive and C, ISO-Pascal, Fortran 77, BBC BASIC and 32016 assembler in their boxes. The software is produced by Acorn Scientific, which I think was formed to support the 32016 Second Processor and the ACW. I subsequently bought an unopened copy of Cambridge LISP on ebay in April 2003. My ACW is in working order and starts up without problems. 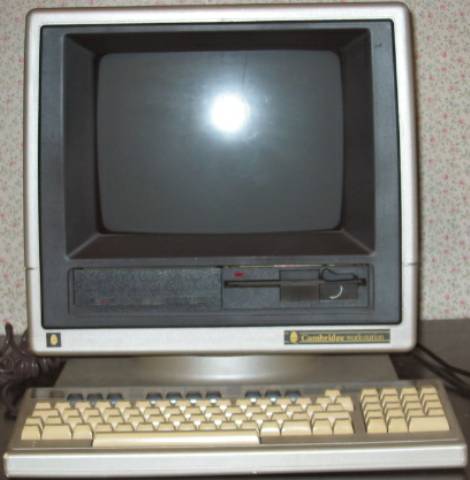 Acorn Cambridge Workstation, looks just like the ABC range except for labels. 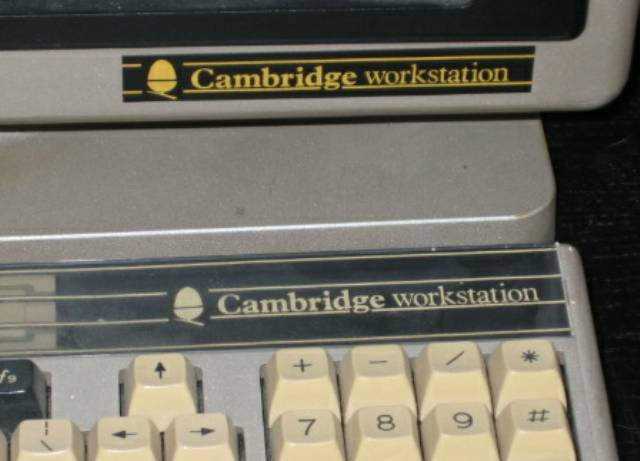 Acorn Cambridge Workstion, close up of system and keyboard logos

The Acorn Cambridge Workstation keyboard with the Reset and Tube On/Off switch behind the label.

Acorn Cambridge Workstation rear view shows the standard BBC B+ ports (Video, RGB, RS423, cassette, Analogue in and Econet) at the bottom. The 1MHz Bus,keyboard and prnter ports are above. The BT link is presumably for a modem. The black plastic clips on the far left and far right hold the top on the case. The rectangular opening in the stand allows air to be sucked in by the cooling fan in the bottom of the case. 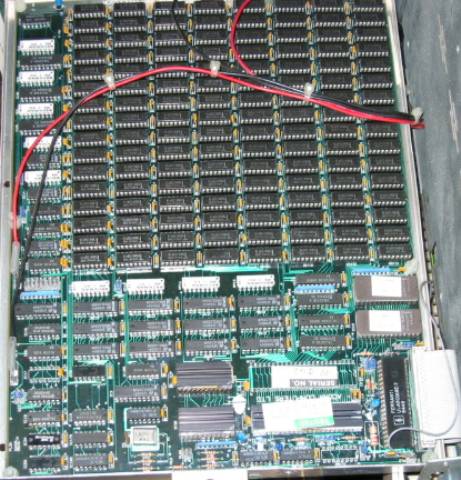 Acorn Cambridge Workstation National Semiconductor 32016 2nd processor board with the Ferranti Tube ULA is at the bottom right. The big chip with a label on it is the 32016 CPU with a space above for an FP processor. The top of the board is full of RAM chips (4MB). 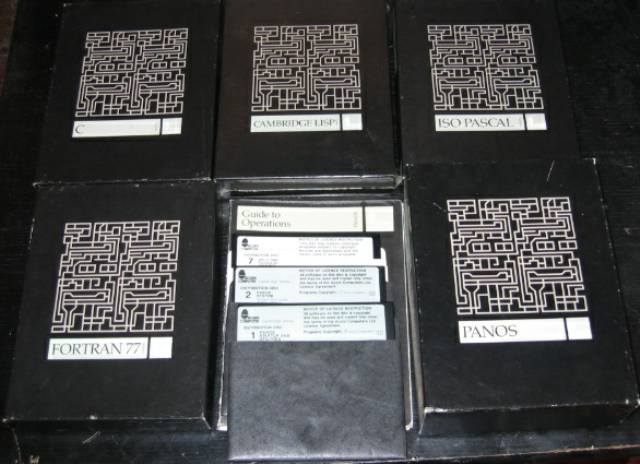 Some of the Acorn Scientific software