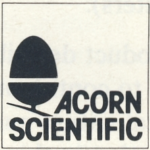 I do not know when Acorn withdrew support.

There is an entertaining story in the Acorn newsgroups that Panos was named after the owner of a Greek restaurant in Cambridge where Acorn engineers often ate. I don't know if this is an urban myth or not.

The descriptions of Pandora and Panos, below, are based on the Acorn Scientific Panos Guide to Operation .

Panos is the disc based Operating System for the 32016 Co-processor. Panos provides facilities for writing, loading and exsecuting programs. It also provides ways of creating command files so that a range of activities can be carried out automatically (e.g. compiling, linking and running large batches of programs). Access to the hardware for both programmers and end users is supported and it has been designed to integrate with the BBC Microcomputer hardware and software. The minimum hardware required to run Panos is dual 80 track double sided single density floppy disc drives, giving a total of 800K. It also needs to be loaded from storage which can be a floppy disc, Winchester hard disc on an Econet file server. Panos is supplied on double sided single density 80 track floppy discs and must be installed before it can be run.

The Panos design objectives were:

Input/output, and hence dialogue with the user is based on the notion of streams. There are four logical streams associated with Panos:

Programs do not have to use logical streams and can use direct I/O to or from physical streams.

Panos supports the execution of both user and system programs. More specifically it provides a runtime environment for programs, in particular for programs written in high-level languages, and including those written in mixed languages. Panos supports a procedural model of program execution which means that programs can all other programs and resume execution on return. Communications between two programs running sequentially or procedurally is achieved through the use of global variables.

Panos presents its own device and filing system models to the user. These are implemented by lower level BBC Microcomputer mechanisms. For example Panos files are simply stored and maintained by a filing system such as the DFS (for floppy disc), ADFS (for Winchester or MFM floppy) or NFS (for Econet file server). The user need not be aware of the lower level implementation. Panos provides higher level properties than the raw filing system, e.g. timestamping of files, file name extensions and filing system names forming part of a file specification. Within Panos devices and filing systems are treated uniformly. Input output is based upon the concept of streams, an I/O object may be a device or a file, and is identified by a string (text name).

Panos provides facilities for dealing with both synchronous and asynchronosus events, the former are sometimes called conditions or exceptions. Exceptions are synchronous to the flow of program execution and may be "hard" or "soft". Asynchronous events are generated by interrupts in the I/O processor.

The way in which Panos behaves is determined to an extent by the settings in the global variables (sometimes called global strings). A global variable is a name and a string value. A variable is declared by being set. There are a number of variables defined by the system, most of which are initialised by Panos itself or whenever Panos is entered by executing the !Panos command file.

The action of the command interpreter can be summarised as:

The built-in commands are:

Panos relies on utilities to perform most tasks, which means that Panos can be enhanced simply by writing new utilties. The utilities provided as standard with the system are:

The editor is used in the creation and modification of source programs, it may also be used for general applications, for example, preparing manuals, data or command files. It can edit any file text or binary. The editor is screen-orientated, i.e. text is displayed a screen at a time on the screen and may be altered by moving the cursor around using the cursor keys and typing. The concept of windows is fundermental to the editor; several files can be edited simultaneously and material can easily be transferred between files which are viewed in their own separate windows.

The Command Line Interpreter can be accessed from the editor so that compilers, utilities and built-in commands can be used from within the editor.

The Acorn 32000 Linker is a utility program which runs under Panos and is used to combine compiled object (AOF) files with object libraries to produce an executable program image (RIF) file for execution under Panos.

The languages included with Panos are:

The Acorn Scientific Panos manuals are available in Documents.

I think there were 3 Panos versions: