The Cambridge Interactive TV trial began in September 1994 with 10 "tame" users and a couple of content providers using the existing Cambridge Cable network. The trial was later expanded to 100 real users and a number of schools. The Cambridge Cable network was upgraded to extend fiber optic cable to the streetside boxes and coaxial cable used in the local loop to individual premises. The upgraded network used ATM to provide full two way broad band capabilities at up to 2 Megabits per second. Content providers during the trial included the Post Office, Anglia TV, IPC Magazines, Tesco, NatWest bank and the BBC.

When Acorn was broken up in April 1999 the set top box business was sold to Pace Micro Technology for GBP200,000.

Here is the Acorn press release News from Online Media  which announces the Cambridge iTV trial..

The STB1 is basically a customised Risc PC, in an A7000 style case, with a handheld controller. The Acorn project name for the STB1 was "Spinner". The serial number on this STB1 is 100185, and I supect only 200-300 were produced for the trials. The STB1 configuration was: 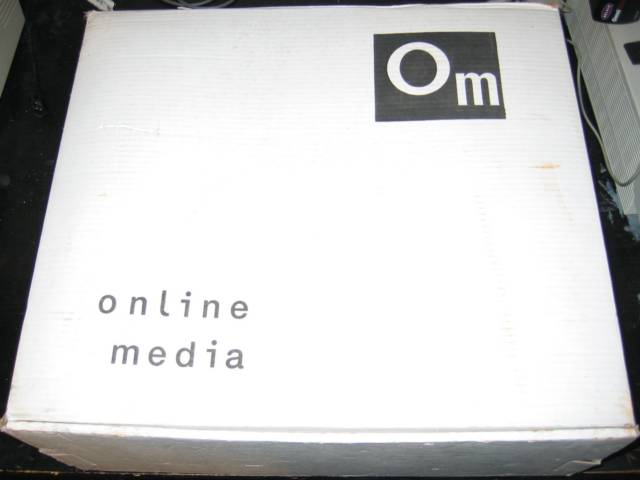 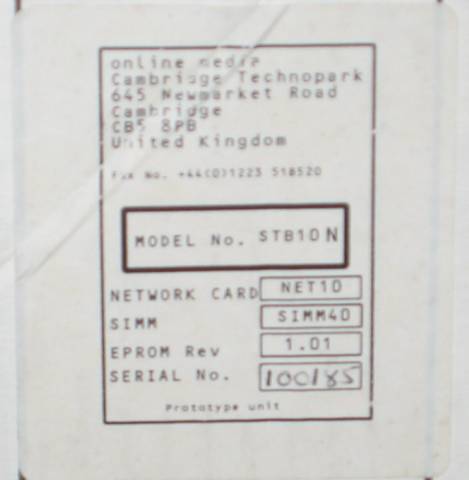 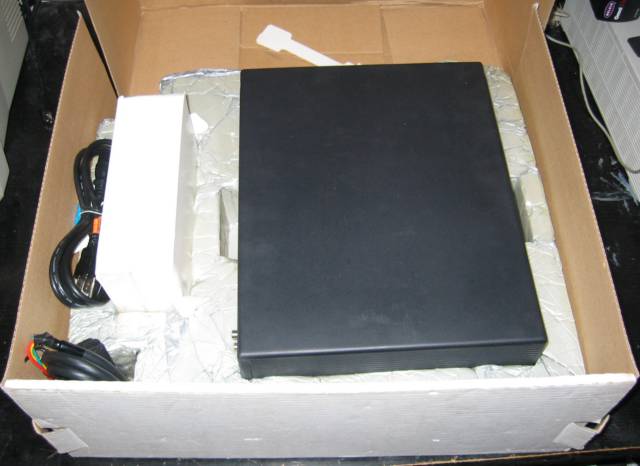 This shows the STB1 in the protective padding with the remote control in the white box to the left. Also visible on the left are the power and SCART cables. No documentation was included.

The back of the STB1 showing, from left to right:

Note that there are no symbols on the case to indicate what each port is for. 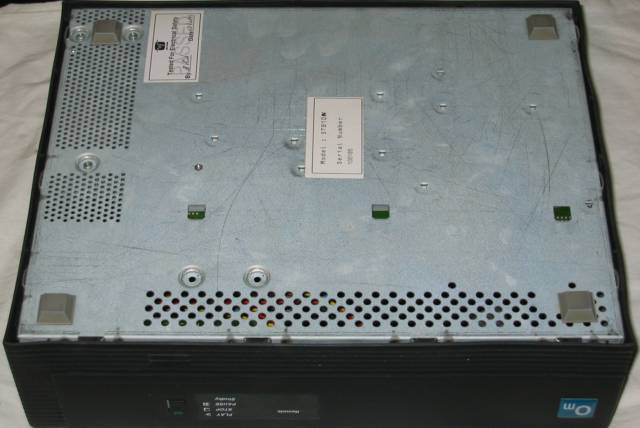 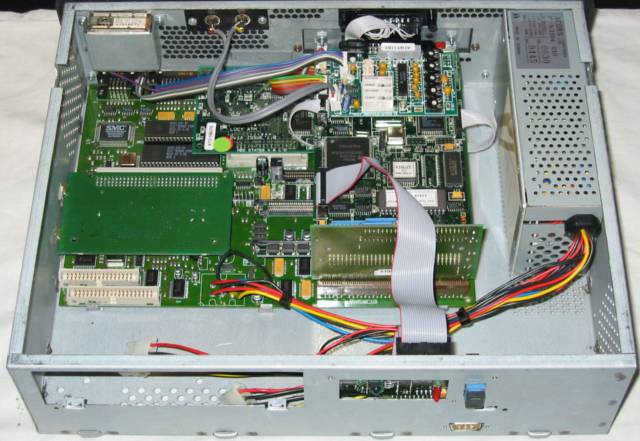 This picture shows the inside of the STB1, from left to right: 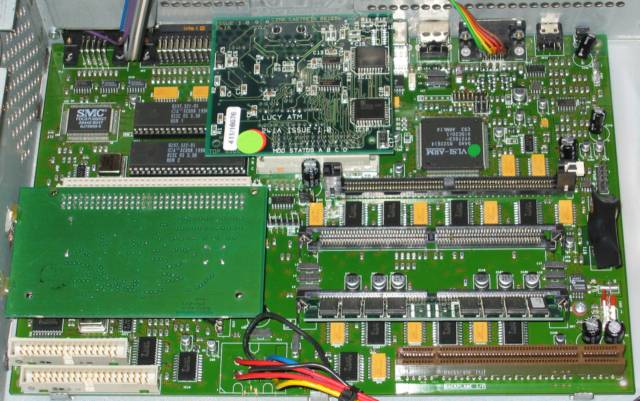 With the backplane and the Movie Magic card removed, this shows: 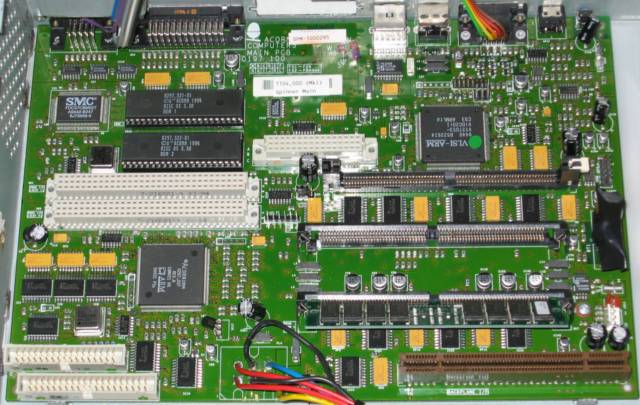 With the ATM NIC and CPU card removed, this shows: