Acorn Online Media's second set top box (STB) was the STB20 which was used in trials with Cambridge Cable, here is the announcement News from Online Media . The STB20 was based around the ARM7500 processor. with 32MB memory. It had the internal Acorn project name Falcon which can be seen on the circuit board

I have been unable to run the usual hardware configuration and benchmarking tools on the STB20, because there is no way to load the software. There is no floppy disc drive or connector for one. The STB20M has an Ethernet card, but it is not configured when the STB20M boots so I can't connect to that. I have tried using an Atomwide parallel SCSI adaptor on the printer port, but I am short of suitable SCSI devices to try, and none I have tried work. It looks as if I will have to connect a second IDE disc with the files I require to activate the Ethernet card. or get some authentic DB25 male to DB25 male connectors and try my Syquest 270MB drive.

I have two different models:

The back panel of the STB20 showing all the interface ports. On the top row from left they are:

On the bottom row from left to right they are:

Unfortunately the STB20 didn't have any documentation with it so, I have no more details of the ports. 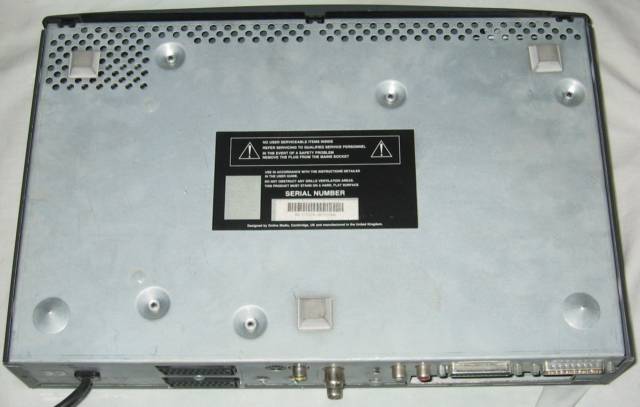 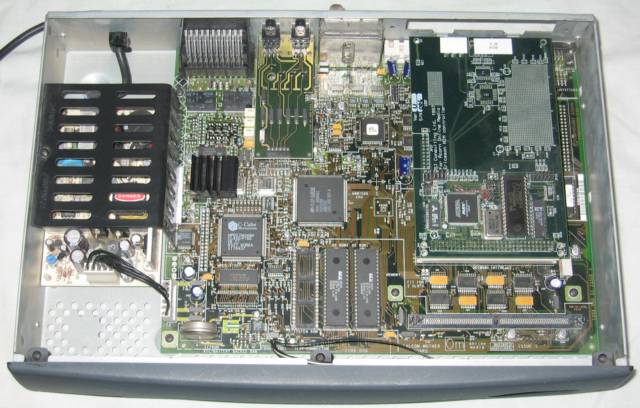 The STB20 with the top cover removed shows: 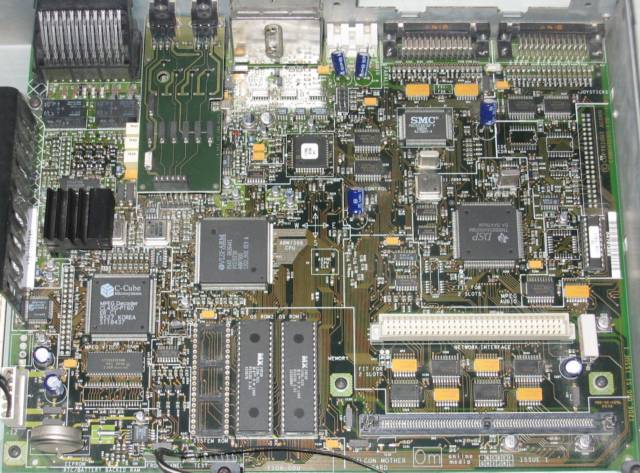 Here is a HiRes picture of the STB20 circuit board .

The STB is slightly different from the normal STB20 in that it has a 1.28GB IDE disc drive installed. There is an i-cubed EtherLan 550 Ethernet adapter  installed in the STB20M with an unusual connection to the motherboard. 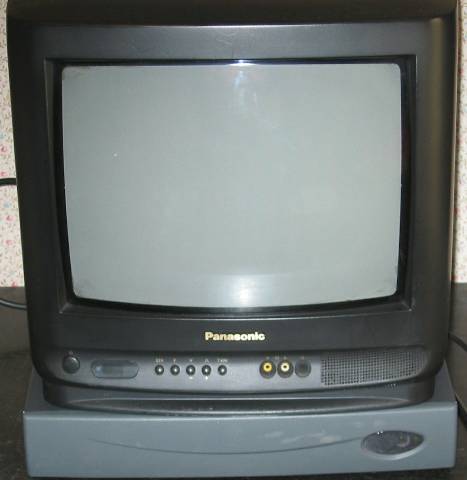 STB20M with TV set on top

OM STB20M underneath a portable TV. The front appears to have lost a badge from the bottom left where there is a rectangular indentation. 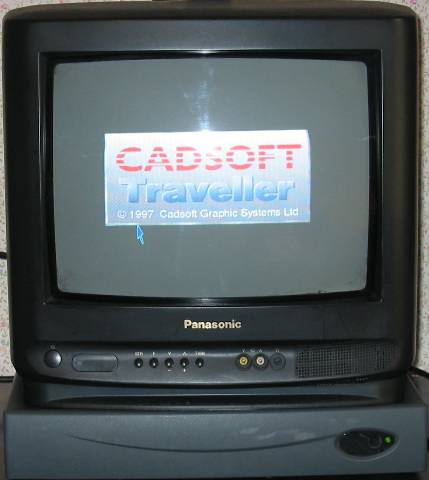 This photograph shows the STB20M displaying the CADSOFT Traveller banner while loading. This may not be the original software as the STB20M has clearly been used as a development system and has various software from 1997 in varying states installed. 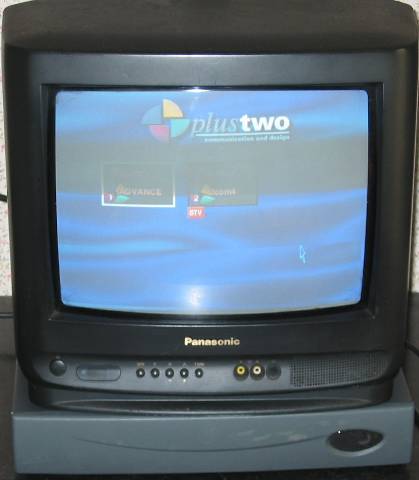 This photograph shows the initial menu with a choice of 2 applications. The logo at the top of the screen is for Plus Two creative media solutions of Nottingham. 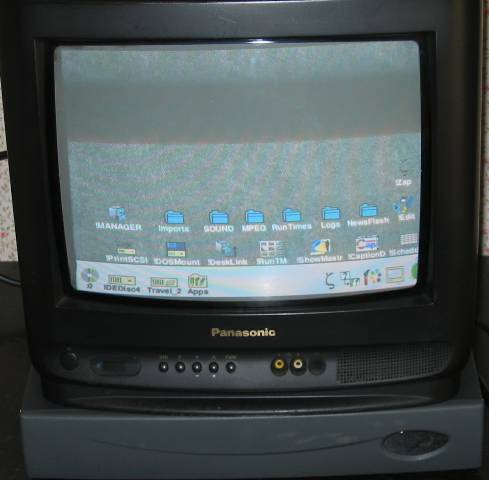 It is easy to breakout of the STB20M menu system to a RISC OS desktop, apart from the various files on the pinboard, going from left to right, the Icon bar shows a non-existant CDROM, the hard disc, a shared disc and the resource filer, !Zap editor, !ChangeFSI, !Paint, Modes and half off the screen the Acorn Task menu. The version of RISC OS is 3.61, but unfortunately the !Boot directory has been heavily "customised" and many parts are missing.

The back panel of the STB20M showing all the interface ports. On the top row from left they are: i-cubed EtherLAN550 podule with RJ45 and BNC connectors, TV out, PS/2 mouse, PS/2 keyboard, SCART TV out. On the bottom row from left to right they are: Joystick, parallel printer, audio R/L, TV in, video , SCART to video. Unfortunately the STB20M didn't have any documentation with it so, I have no more details of the ports. 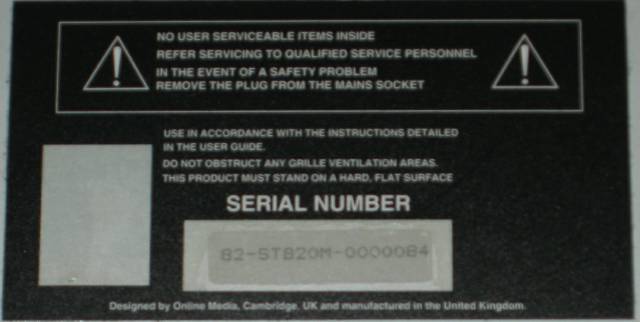 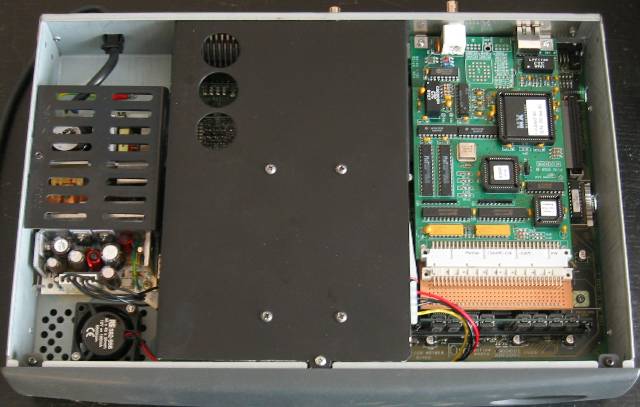 The STB20M with the top cover removed. On the left is the power supply and cooling fan. On the right is the i-cubed EtherLAN550 podule with a rather "temporary" looking backplane connector. In the middle under the black metal plate is the hard disc. 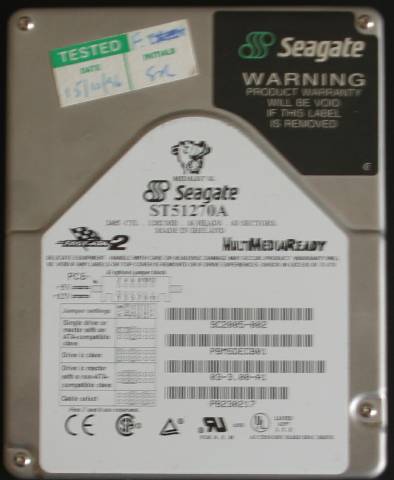 I included this photograph because of the "MultiMediaReady" claim on the label. To quote from the Seagate product manual: "The drives are designed to ensure fast data throughput between the drive and the host". 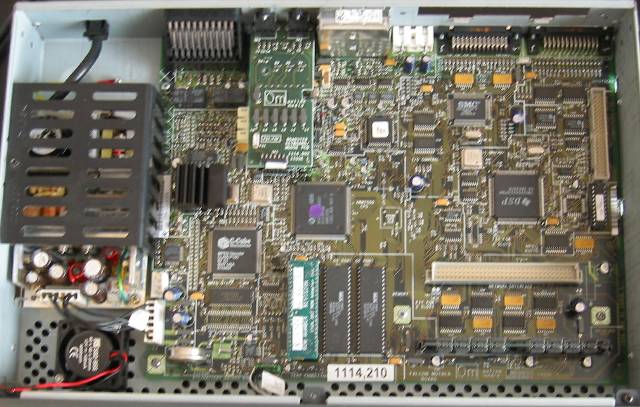 This is a picture of the STB20M motherboard. On the left is the powers supply and cooling fan. In the bottom center are the 2 RISC OS 3.61 ROMs with an extension ROM on the little circuit board to their left. At the bottom right is the 32MB DIMM with the socket for the podule backplane above it. Above that is a TI DSP. On the right hand side near the top is the soccet for the IDE connector. In the middle above the ROMs is the 32MHz ARM7500 (with the purple spot) and above that is a daughterboard for the PS/2 mouse and keyboard sockets. To the left of the ARM7500 is an MPEG processor.

The rather home-made, temporary podule backplane from the STB20M.